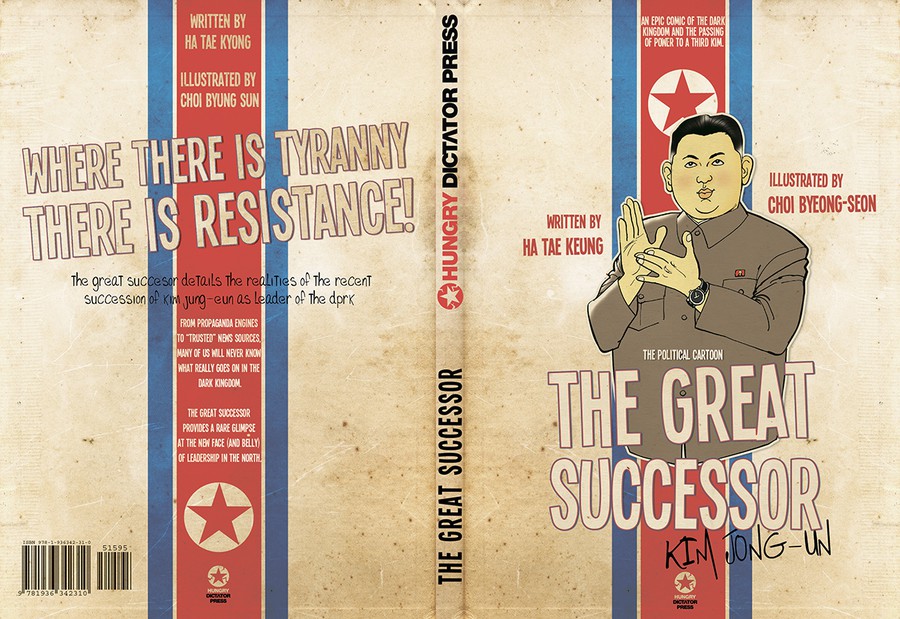 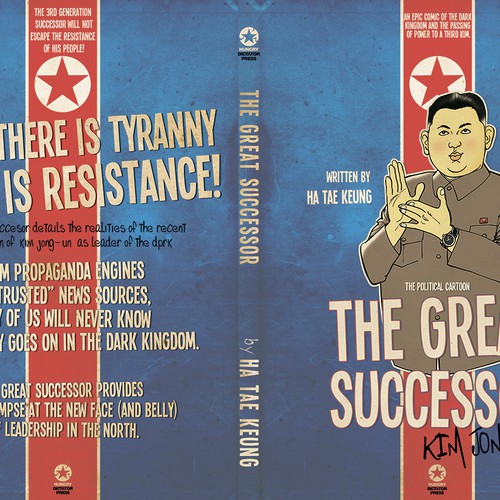 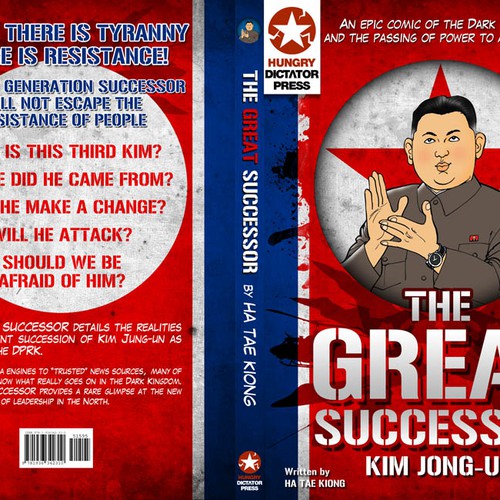 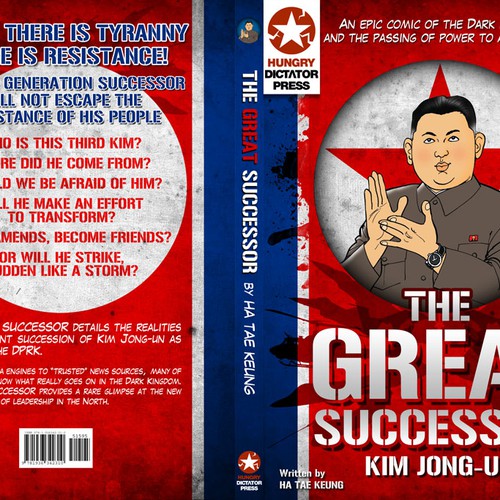 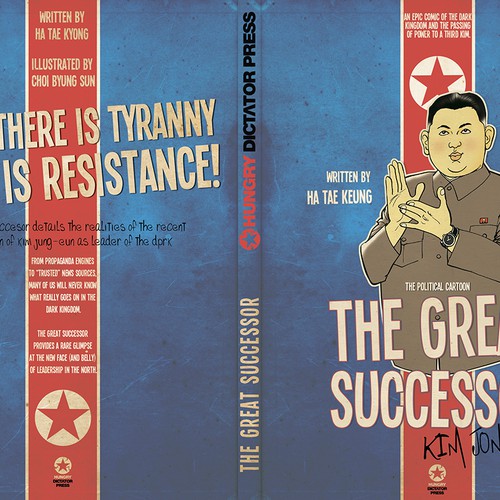 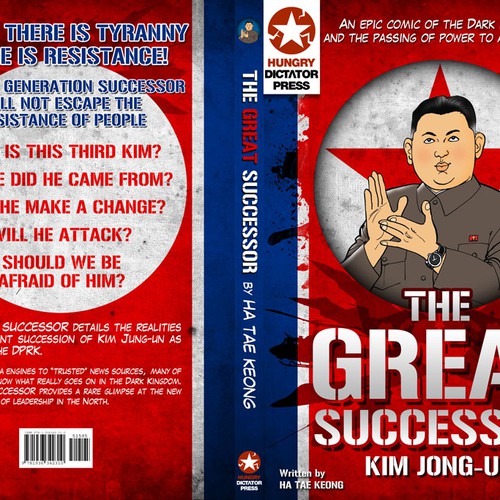 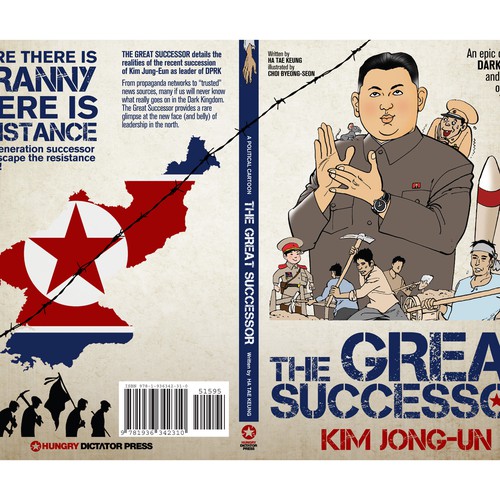 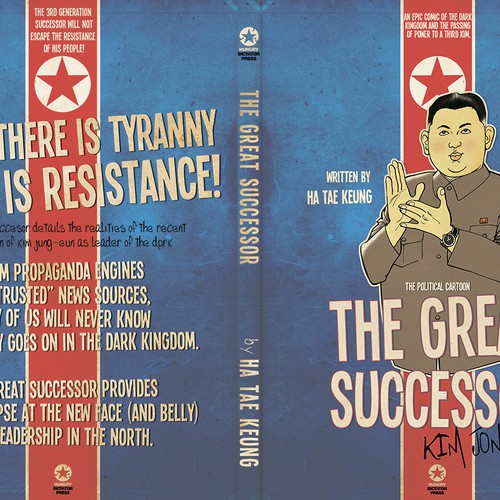 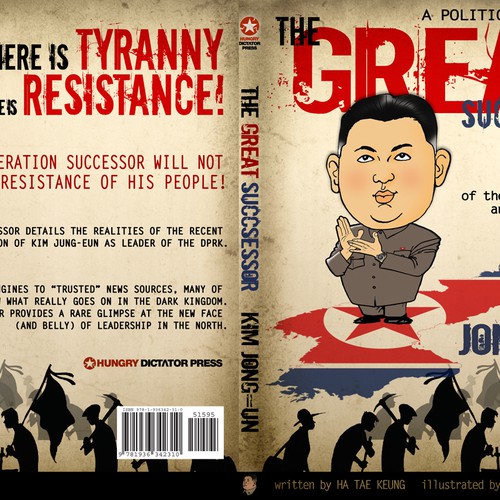 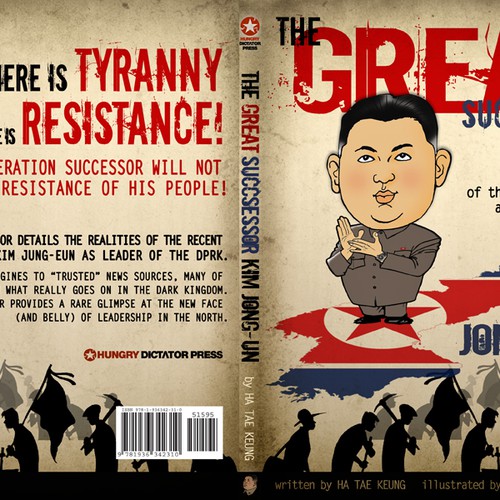 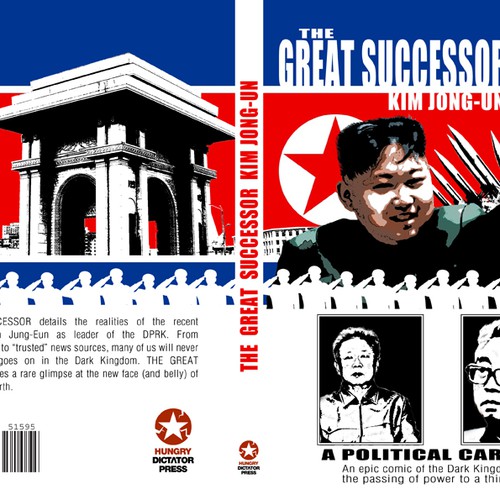 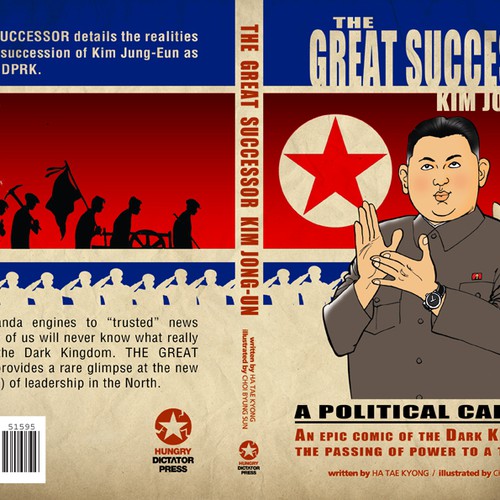 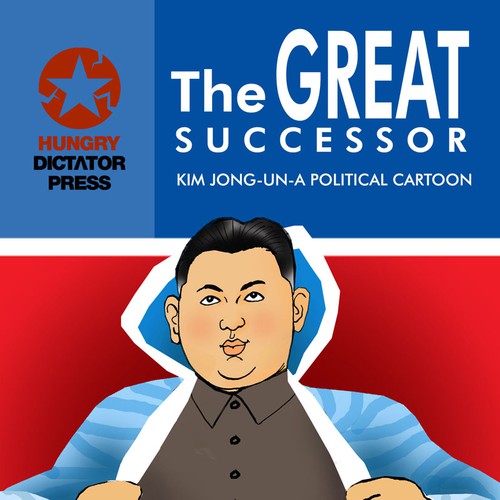 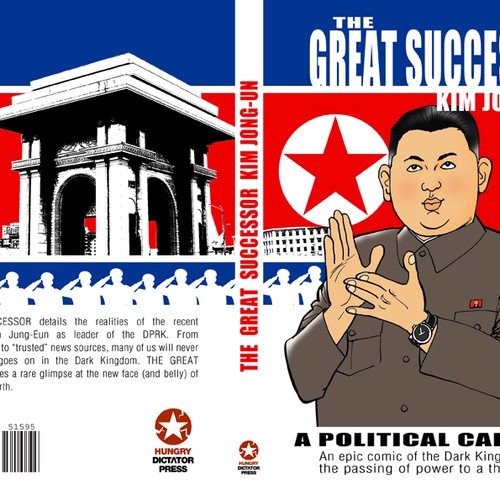 Cover for THE GREAT SUCCESSOR // KIM JONG-UN – A POLITICAL CARTOON

We publish books about North Korea - specifically serious graphic novel/comic style books about the North's succession of power, cult of personality, Juche ideology, systems of control, etc. We hope to help the people of North Korea by spreading the word about their plight and the abuses of power in the North.

Hmmm, not sure if I've got it all here so please PM me if you need any more info...

Title: THE GREAT SUCCESSOR
KIM JONG-UN – A POLITICAL CARTOON
An epic comic of the Dark Kingdom and the passing of power to a third Kim.

THE GREAT SUCCESSOR is a political comic/ graphic novel about the succession of Power in North Korea to a third generation of Kim - Kim Jong-Un. This book was originally published in Korean and we are creating the English Language version.

It attempts to answer the questions:
Who is this third Kim?
Where did he come from?
Will he make change?
Will he attack?
Should we be afraid of him?

THE GREAT SUCCESSOR details the realities of the recent succession of Kim Jung-Eun as leader of the DPRK. From propaganda engines to “trusted” news sources, many of us will never know what really goes on in the Dark Kingdom. THE GREAT SUCCESSOR provides a rare glimpse at the new face (and belly) of leadership in the North.

This cover should be powerful and clear - it should relate both that it is a serious topic (not a funny comic book), that it is in comic form, and that it is about Kim Jong-Un.

Royalty free images are not permissible. The cover of this book must be unique and inspire someone who wants to start a business to pick it up off the shelf. I must have the ability to own this design outright without copyright infringement down the road.

i've included our logo kit, the original Korean cover, a couple of samples of cover designs that had some interest but weren't quite powerful or provocative enough, and a sample of some of the book.

cover should be 5.83x8.27
For the final file handover, I'll need the template in the proper format (referenced in the zip file) AND in a multi-layered format

This is not only a chance to earn money or even build your portfolio, this is also a chance to help the people of North Korea, to get the word out about their plight and to warn of abuses of power.

Logo design for consulting company
$299
Consulting company focusing on effective government and private sector engagement in development and sustainability
53
entries
24
デザイナー数
1 Pager for Sales team
US$ 199
We are a finance firm so our design has to be serious. No start-upesque designs please
39
entries
18
designers
National Security Futures logo
AU$ 669
The logo should represent the National Security College Futures Hub: which focuses on exploring alternative national sec
86
entries
15
designers
Elect Adam Ericson NC House District 20
$ 599
This is for a political campaign for North Carolina State House of Representatives House District 20. The candidate is a
151
entries
9
Designer
Assemblyman Brian Bergen Challenge Coin Design
US$ 599
NJ State Representative for the 25th District
51
entries
8
designers
Logo for a Powerful International Program for People of African Descent
499 USD
The International Decade for People of African Descent or (IDPAD) is a coalition of people and organizations that fights
49
entries
20
designer

Inizia subito
Design a logo for a political candidate for US Congress
$ 299
The logo is for a political campaign for US Congress. The logo should be clean, and the dominate focus should be the na
39
entries
13
Designer
VOTE TO SAVE US - Design The Iconic 2020 Get Out The Democratic Vote Art
899 $US
Vote To Save Us is a grass roots organization, set up to encourage Democratic voters to participate in the 2020 election
173
entries
48
designer graphistes
We need a striking logo for political/media consultancy
239 £
We are a boutique strategy, consulting and development outfit that provide strategic and technical advice for clients in
63
entries
35
Designer
Nurses Strike for better work
EUR 269
This icon is supposed to be used at a demonstration / strike for Nurses Empowerment in society and labour.
37
entries
12
Designer
Give us a strong actionable LOGO! Just the logo!
359 $US
This is a Grassroots C4 for an allied organization. We would like the design to be similar to our current logos, but mor
47
entries
24
designer graphistes
Design the cover of a book about the healing power of God
399 $
Christians who are tired of being sick and want to receive the healing power of God.
43
entries
19
Designer
Maggiori informazioni sul design di copertina per libro o magazine
Scopri come funziona