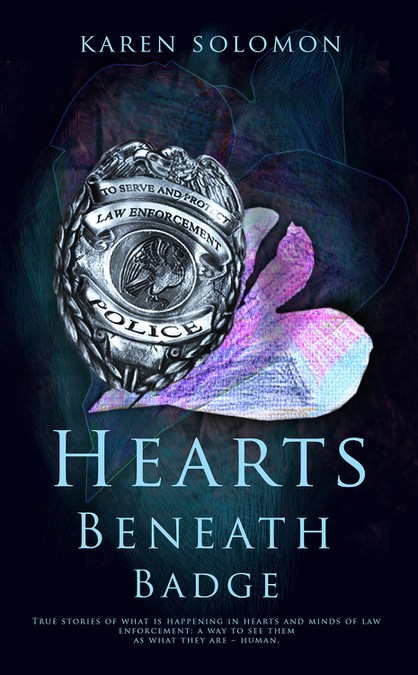 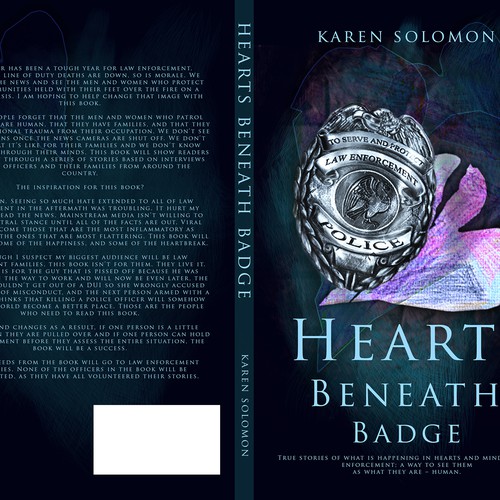 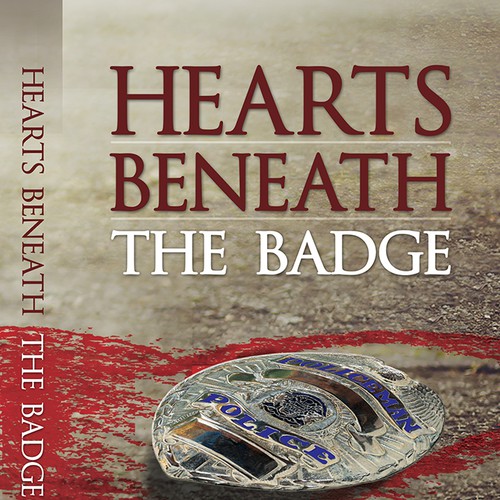 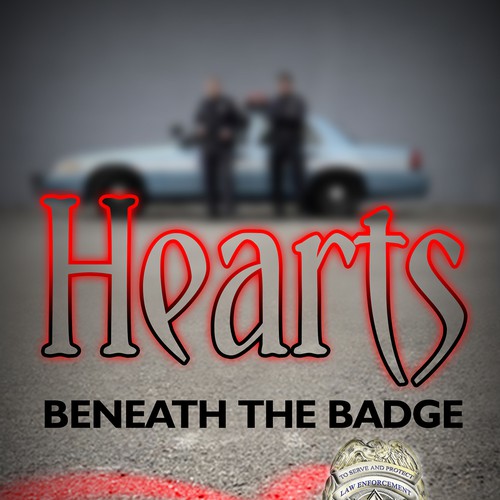 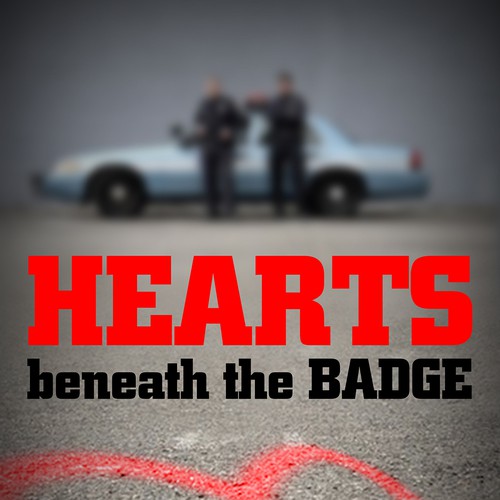 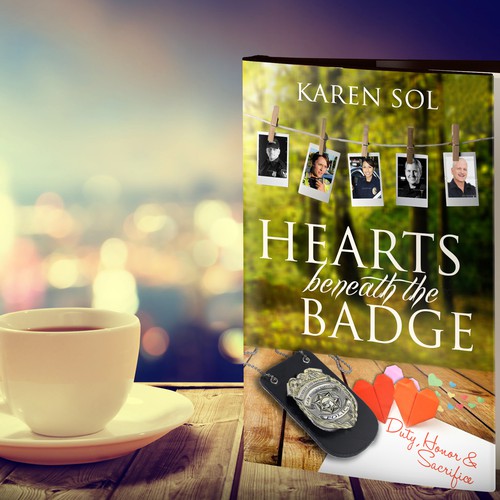 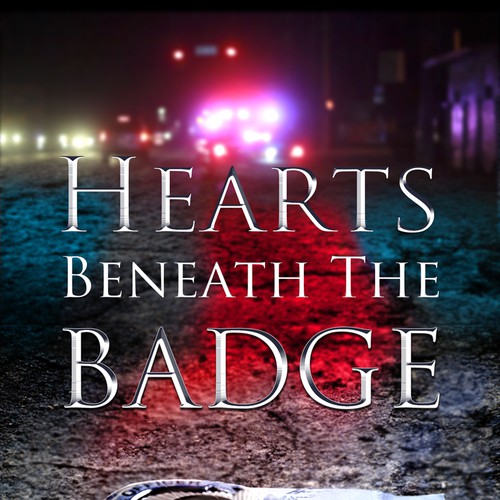 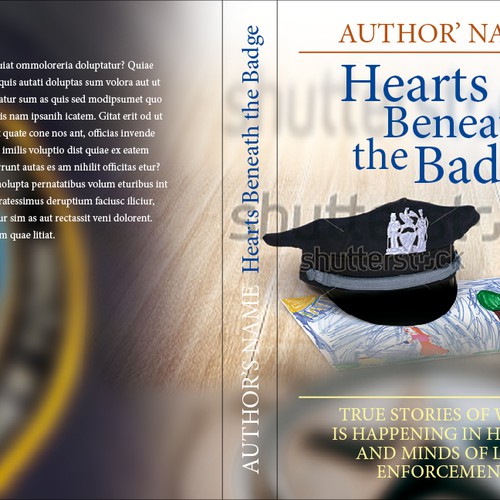 True stories of what is happening in hearts and minds of law enforcement; a way to see them as what they are – human.

This year has been a tough year for law enforcement. Although line of duty deaths are down, so is morale. We turn on the news and see the men and women who protect our communities held with their feet over the fire on a regular basis. I am hoping to help change that image with this book.

I think people forget that the men and women who patrol our streets are human, that they have families, and that they suffer emotional trauma from their occupation. We don’t see what happens once the news cameras are shut off. We don’t know what it’s like for their families and we don’t know what goes through their minds. This book will show readers all of that through a series of stories based on interviews with 25 officers and their families from around the country.

The inspiration for this book?

Ferguson. Seeing so much hate extended to all of law enforcement in the aftermath was troubling. It hurt my heart to read the news. Mainstream media isn’t willing to take a neutral stance until all of the facts are out. Viral posts become those that are the most inflammatory as opposed to the ones that are most flattering. This book will show you some of the happiness, and some of the heartbreak.

Although I suspect my biggest audience will be law enforcement families, this book isn’t for them. They live it. The book is for the guy that is pissed off because he was speeding on the way to work and will now be even later, the gal who couldn’t get out of a DUI so she wrongly accused the officer of misconduct, and the next person armed with a gun who thinks that killing a police officer will somehow help the world become a better place. Those are the people who need to read this book.

If one mind changes as a result, if one person is a little kinder when they are pulled over and if one person can hold their judgment before they assess the entire situation, the book will be a success.

The proceeds from the book will go to law enforcement charities. None of the officers in the book will be compensated, as they have all volunteered their stories.

I have attached a concept that I like A shiny badge covering a heart
drawn by a child. Lying in the dirt, rubbish or rubble of some kind.
The heart and the badge must stand out if this concept is used. But I
am open to other ideas. It has to make people think there is more to
the badge than guns and handcuffs.The officers interviewed for this
book have performed good deeds - buying basketballs, buying food,
giving people rides to other states, providing a prosthetic leg.
Others have been shot, one was killed and his parents provided his
story. Their stories tell why they became police, the deeds/events and
pictures of them in civilian clothing to make them look more like the
average citizen.

If you use a badge, I prefer a silver one. Gold is reserved for brass
and detectives. Thank you

The Activated People
199 USD
The Activated People LLC (TAP) (www.theactivatedpeople.com) and podcast. I just need a podcast thumbnail. At TAP our go
38
entries
18
designer
Design for a new political website needed ASAP.
£399
This is a new website set-up to track the betting markets as it pertains to politics.
216
entries
76
デザイナー数
#Breakthechains of Systemic Racism in California Assembly District 64
US$ 500
Creating a campaign shirt for supporters and people in our district to help inspire and empower our grass-roots campaig
44
entries
7
diseñadores
1 Pager for Sales team
US$ 199
We are a finance firm so our design has to be serious. No start-upesque designs please
39
entries
18
diseñadores
Assemblyman Brian Bergen Challenge Coin Design
$599
NJ State Representative for the 25th District
51
entries
8
デザイナー数
Logo for a Powerful International Program for People of African Descent
$499
The International Decade for People of African Descent or (IDPAD) is a coalition of people and organizations that fights
49
entries
20
デザイナー数

Inizia subito
Design a logo for a political candidate for US Congress
299 $US
The logo is for a political campaign for US Congress. The logo should be clean, and the dominate focus should be the na
39
entries
13
designer graphistes
We need a striking logo for political/media consultancy
239 £
We are a boutique strategy, consulting and development outfit that provide strategic and technical advice for clients in
63
entries
35
Designer
Pro Sportbad Delitzsch
269 €
Unsere BI richtet sich an die Bürger der Stadt Delitzsch. Wir wollen mit dem Flugblatt zu aufrufen, eine Petition zur Fo
41
entries
16
Designer
Design an elegant logo for Khushnood, an Afghan journalist and political expert
399 $
Khushnood is a journalist and political expert. He founded Khaama Press, one of the top English news agency of Afghanist
43
entries
10
Designer
UCAP Logo
599 USD
We are a LOBBY group representing the needs of for-profit agencies who provide in-home healthcare services to intellectu
93
entries
20
designer
Book cover design (Redesign) to capture young adult audience (mid grade)
159 £
The book is aimed at 8-12 year olds but it is written in a similar style/influence of Harry Potter and His Dark Material
30
entries
8
designers
Maggiori informazioni sul design di copertina per libro o magazine
Scopri come funziona