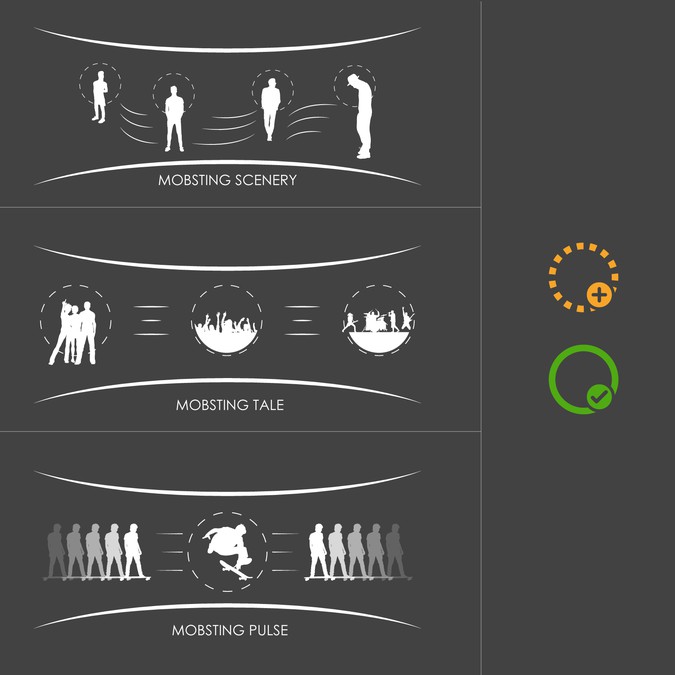 Create icons and pictures for a video application 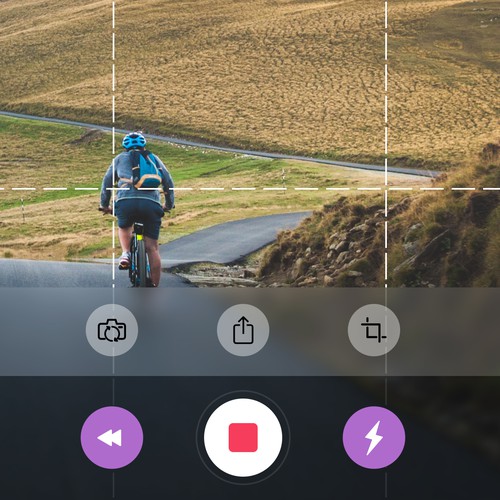 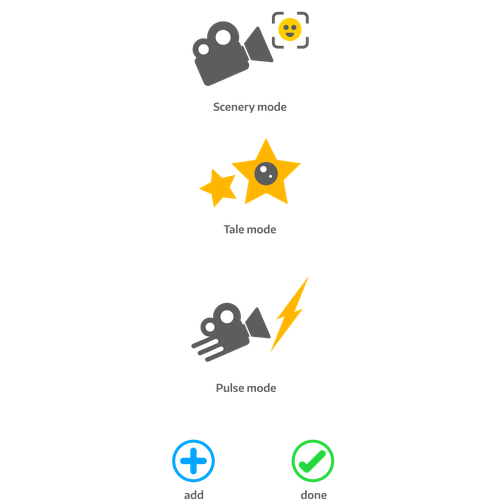 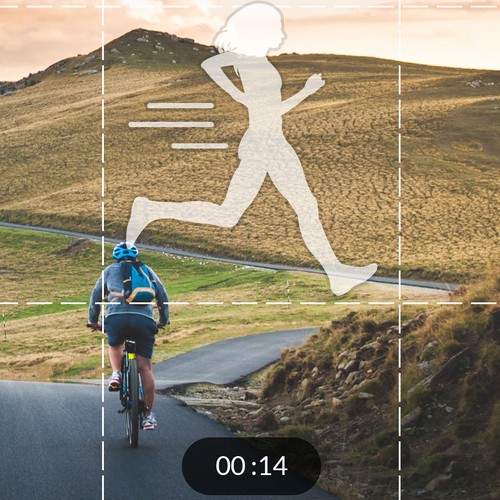 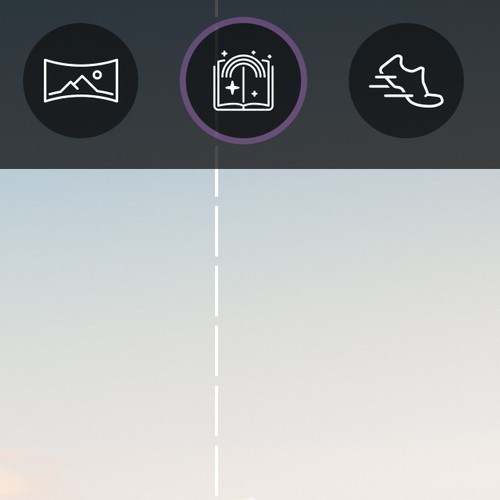 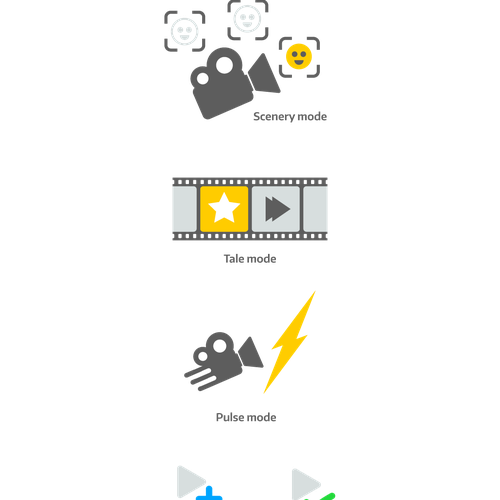 Mobsting is a Software company based in Lebanon and China. We create video technologies and applications that inspire and enable users to create good quality snapshots and short videos to share on social media. It is so simple to use that people will love to create videos using our apps. Users using our applications want to create and tell stories using videos. These stories can be fun (Dance, Crowd, Jump, Concerts, Boomerang effect, Sport, etc.. ) and can be serious (Real estate, Journalist, Blogging, Marketing, Company profile, Company introduction, etc…)

Definition: A moment is a video segment defined by a user.

The Application name is Mobsting Moments
Moments enables the user to do 3 things in 3 different modes.

2. Tale mode. Manual video recording (storytelling)
Our goal is to keep the whole story connected without getting the video viewers bored (this means we fast play any segments of the video that are not defined by the user – that are not moments). The user starts recording a video. While recording user can tap on the screen to add a moment (tap to start creating a moment and tap again to finish creating it). The final video plays with fast speed outside the moments and normal speed inside the moment (user can change the speeds while in preview mode). Example: A user wants to show her house. While she is recording she creates one moment in the living room and then another moment in her room. The final video plays fast (we see her moving inside the house ), then it plays normal (she is telling us about the living room), then it plays fast (she is walking to her room), then it plays normal (she is describing her room), then it plays fast until end of the video.

3. Pulse mode - Predefined speed combination recording (i.e. Good in Action Sport)
The user records a video. While recording user can create a moment (only one in this version). The final video plays with fast speed outside the moment and with a speed combination inside the moment. The user can change the speeds in preview mode. Example: A user records her friend who is skateboarding. She creates a moment starting when the friend is jumping up and ending when the friend lands. The final video plays fast, then it plays based on a speed combination (Very Slow-Slow-Fast-Slow), and then it plays fast until the end of the video.

In general, we don't like buttons. So please let your icons blend with our simple built UI.

We send screenshots showing where and how the icons are used in our application.

Please see the example picture pulse.png. This is only a placeholder we are using. The size should be at least like this one but it is up to the designer to decide a good design and look (think about the ratio).

A video example of a final result could be seen here .. Pulse is used.

AI-Powered Photo Vault App Redesign
$199
102
entries
23
デザイナー数
Icon Set for Website
299 $
We sell custom shirts about the things users love and hate. Our target audience is younger men who have an irreverent a
27
entries
9
Designer
I want a logo for my drone services. We take photos and videos using drones. Be Creative:)
299 $US
We provide drone photography and videography for real estate and other businesses throughout Arizona.
39
entries
16
designer graphistes
We need an app icon for a creative writing tool to help students fall in love with writing
US$ 299
Ink is an upcoming writing tool to help students fall in love with writing. In elementary school, many students loved wr
93
entries
20
diseñadores
Logo for Caryn B. Davis Photography & Travel Writer
US$299
I am an architectural photographer & a travel writer/photographer. But what I am selling is Caryn B. Davis. I need a log
68
entries
27
diseñadores
Minimalist App Icon For Millennial Mental Health Brand
$199
We are a mental health telemedicine company which targets millennials. Our patients are located in Miami and New York Ci
68
entries
22
デザイナー数