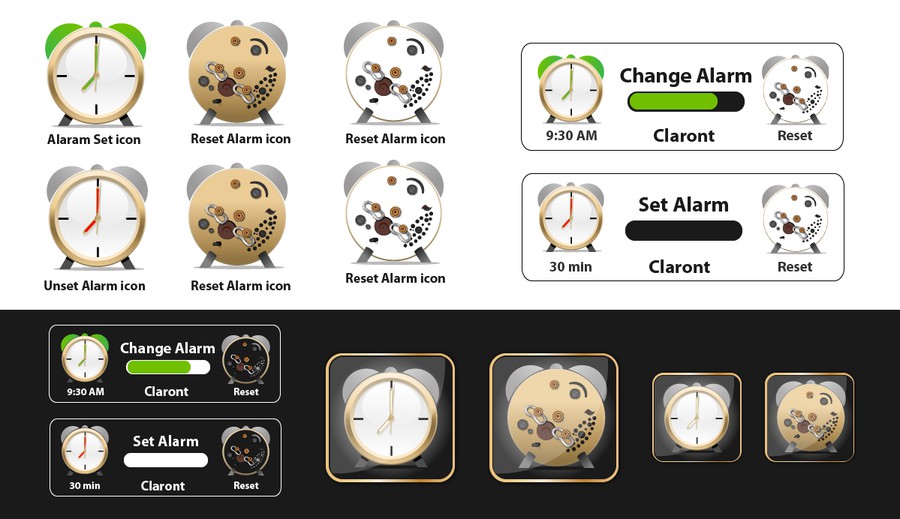 Love to Wake Up Icon Contest 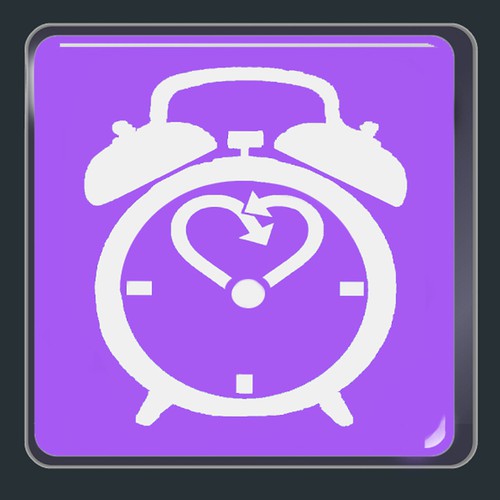 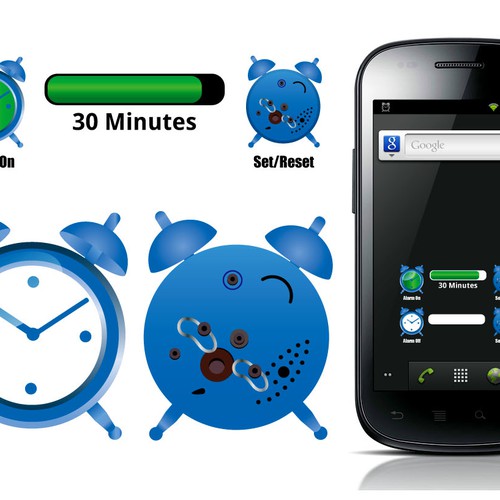 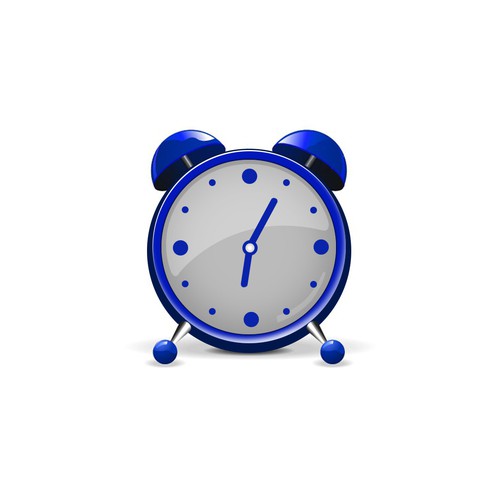 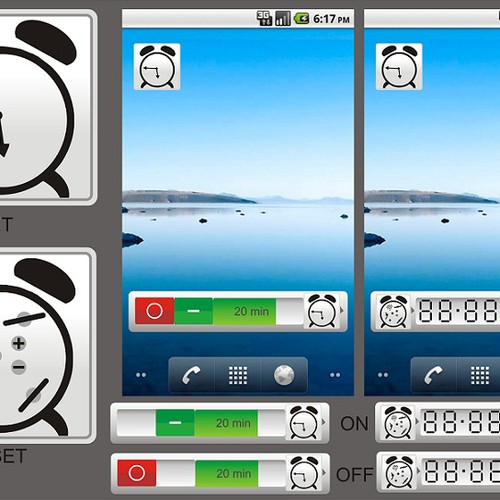 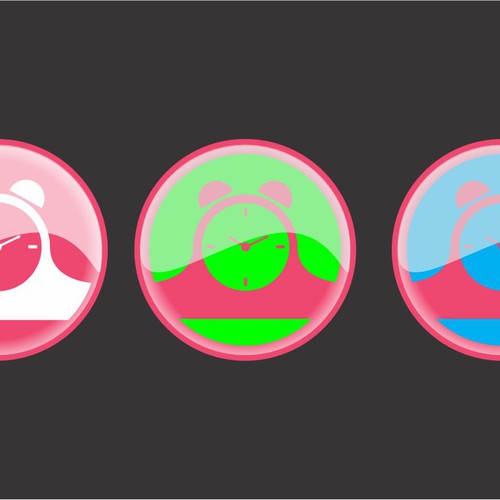 Android app publisher. These icons are for a Simple Android Alarm Clock that is being developed and soon to be put up on Google Play.

A set of seven icons for an Android app which is an Alarm Clock stressing simplicity to use rather than lots of features. People who see the icon for this app should love the icon enough to buy the app.

The Simple Android Alarm Clock app will work from Android 2.1 and newer versions of Android.

The icon for the right side should imply to the user that this is the icon/button that I touch to get into to reset the time for the alarm to go off.

All three widget icons should give the look and feel of the set of icons for the app. They should be a variation of the Launcher Icons.

We hope to have 3 widget icons that will look good in a widget button with two sides where the widget button is fully transparent.  See the attached file WidgetAlarmSetTransparent.png for a rough approximation of what we are looking for.  The right half of the widget should have an icon that invites the user to press it to go to the next screen which will have the ability to set the alarm.  Perhaps that icon will be the back side of a classic alarm clock.

http://developer.android.com/guide/
A system status indicator icon for a notification icon on the right side of the status bar.

Reading Challenge - kid-friendly character set
$299
We encourage reading by hosting a challenge every summer, asking people of all ages to track their reading for a chance
37
entries
12
diseñadores
Looking for 31 attractive icons for our Swiss travel website
450 €
MySwissAlps.com offers help to people from all over the world, who consider visiting Switzerland for their holidays.
86
entries
16
designer graphistes
Design clean, bold logo for new iOS music search app, developed for discriminating music lovers
299 $US
We're developing an iOS music search app designed to generate better recommendations for discriminating listeners.
165
entries
23
designer graphistes
Hand Drawn Network Diagram (icons) for Web and Proposals
$599
I design and deploy Citrix virtual desktop networks for customers. I am working on a new service with an online "shoppin
46
entries
11
デザイナー数
Fun iOS app icon with a cute animal theme
199 $
Cellaroo makes it easy to manage your wine collection! If you own more than a handful of bottles of wine and want to kee
47
entries
16
Designer
AgBox
199 US$
Agriculture
16
entries
3
designers

Inizia subito
Design me the next Viral App Icon
599 $US
Snatch is an app that can save any instagram photo or video as well as youtube videos in your iPhone library.
101
entries
25
designer graphistes
TaxSupport.com - Icons
US$ 318
Accounting and Software Company * Audience: people who wanT their taxes prepared online (cloud) * We trying to update
109
entries
18
diseñadores
Icon Set for Website
USD 299
We sell custom shirts about the things users love and hate. Our target audience is younger men who have an irreverent a
27
entries
9
diseñadores
Premium Favicon for AI Startup
199 USD
Accern is an artificial intelligence startup. We help organizations become more efficient by using machine-learning to a
73
entries
23
designer
Elegant, clean and meaningful Logo Design for a Booster (Name: OneShot)
EUR 305
-Our product is aimed at gamers, we sell boosters for gamers who supports focus, performance and concentration -Our pr
209
entries
29
diseñadores
Money Bags App Icon
199 $US
We are an iOS to do list app where users track their annual income and do tasks to increase that income.
25
entries
11
designer graphistes
Maggiori informazioni sul design di icona o pulsante
Scopri come funziona