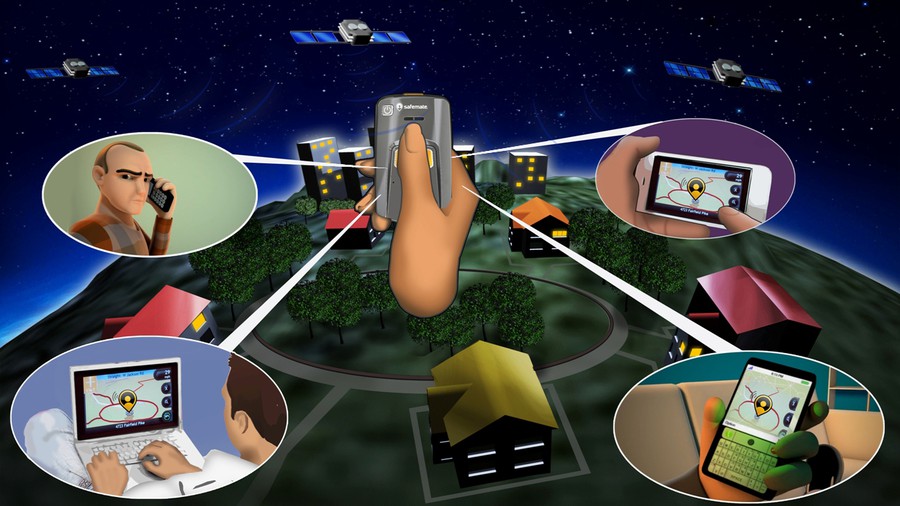 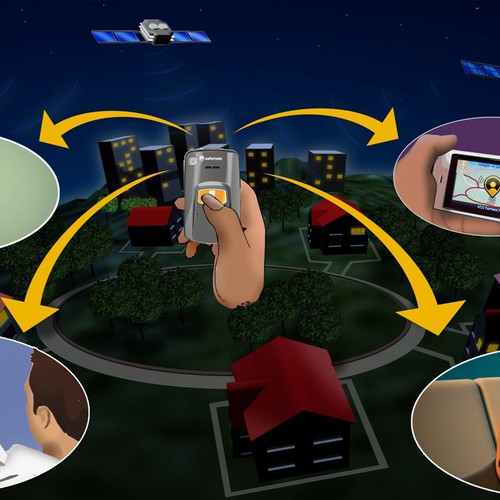 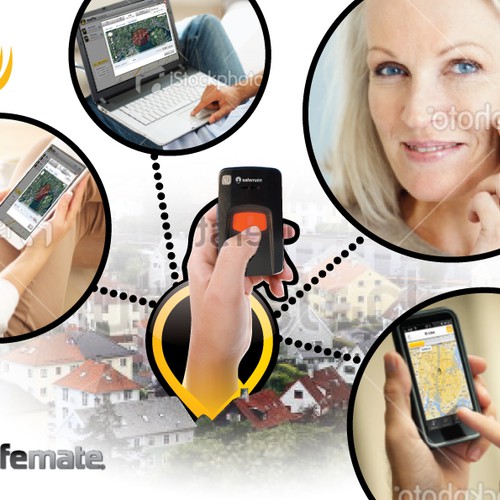 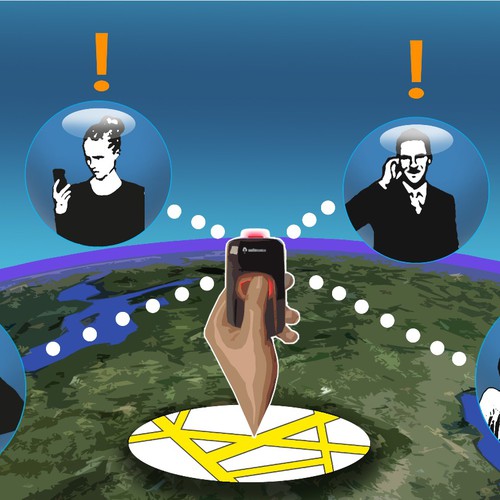 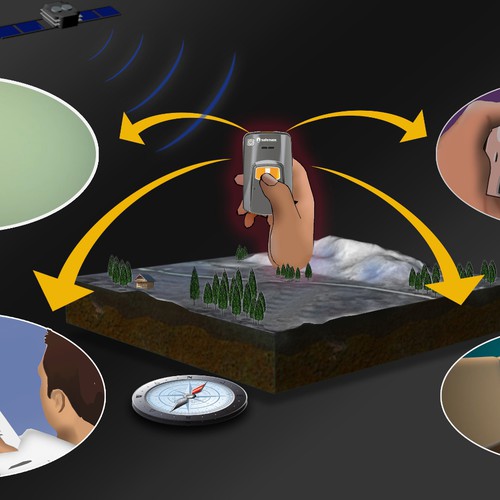 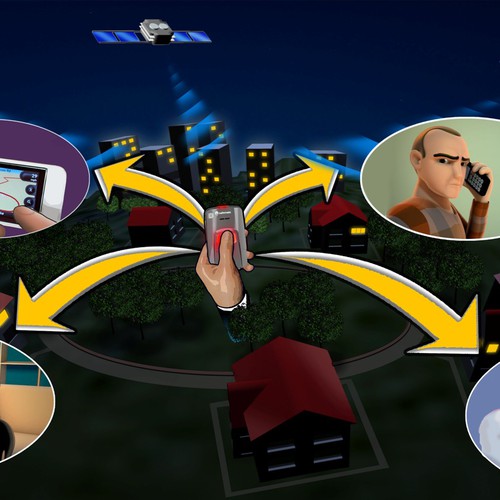 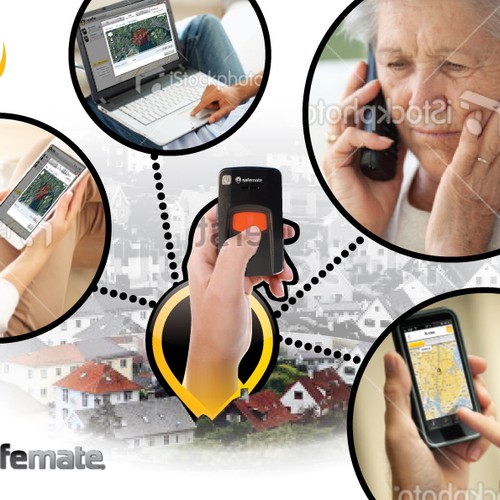 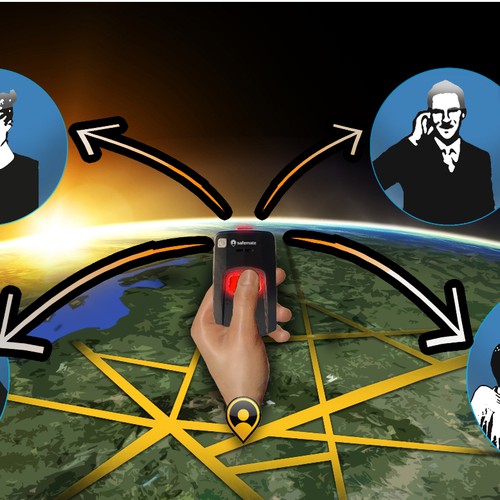 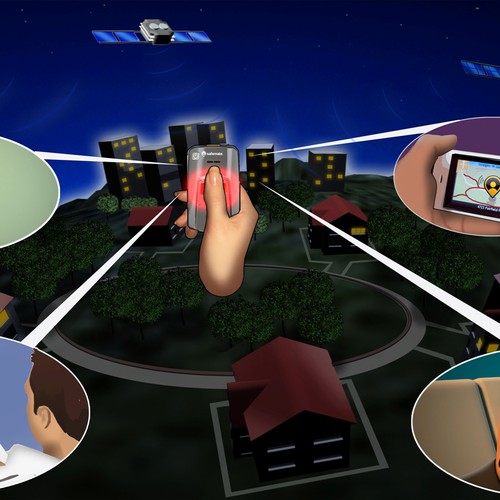 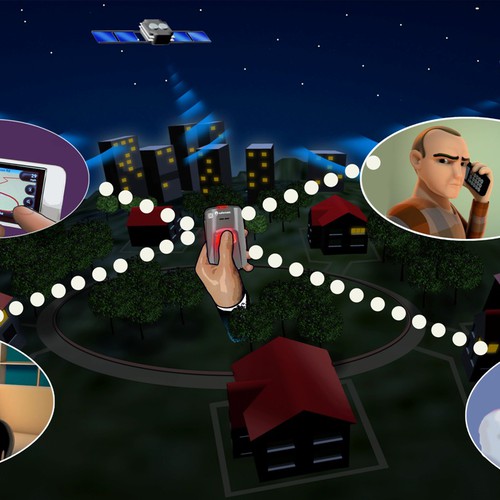 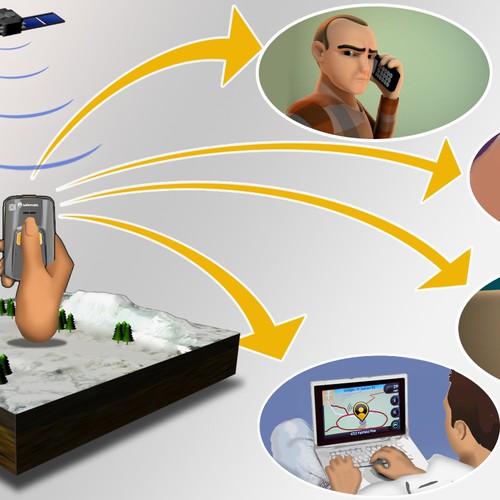 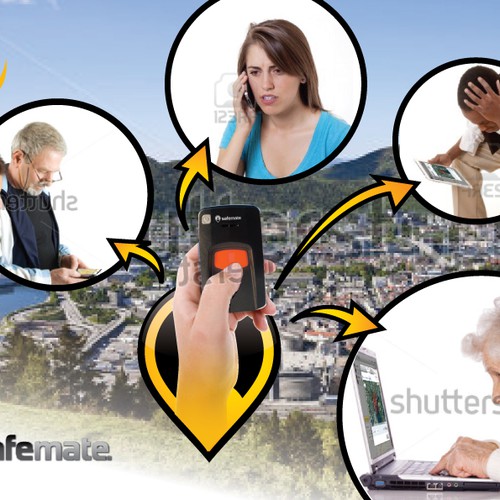 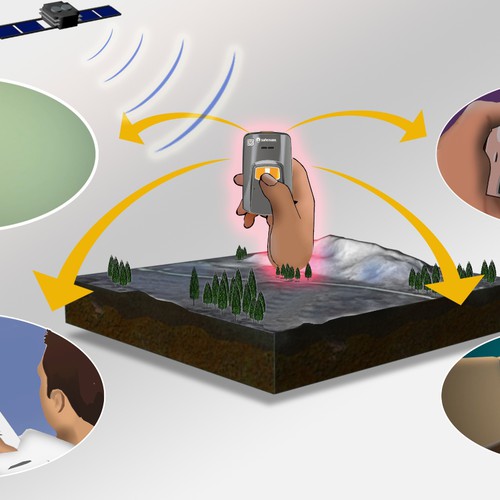 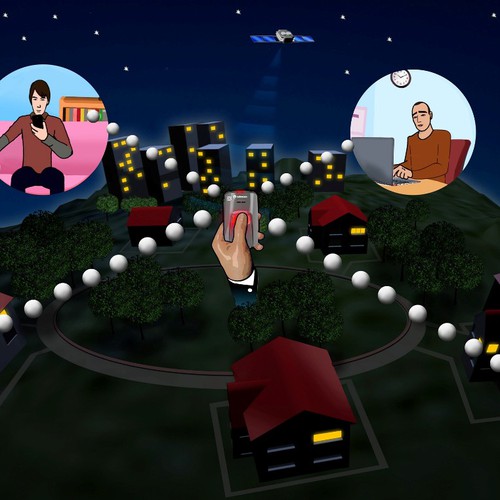 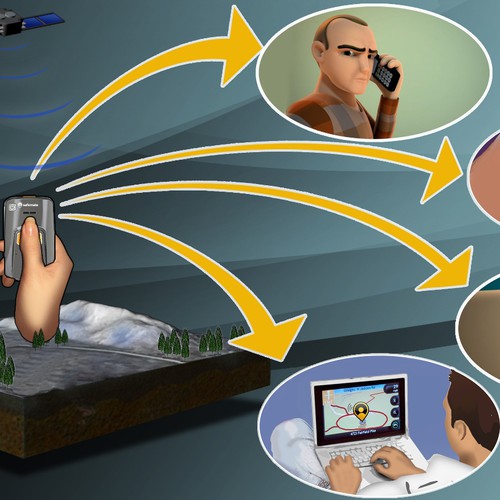 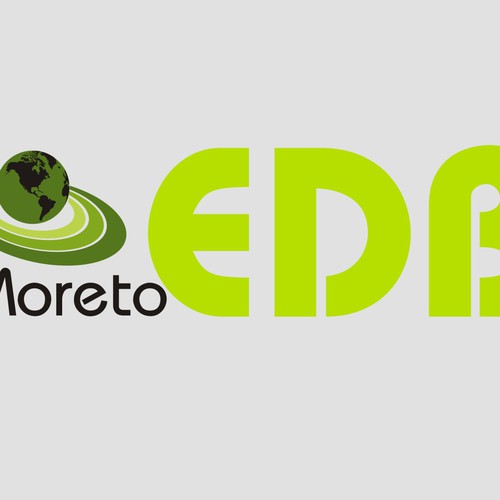 To get a grasp on our concept, you should first of all watch this promo video:

We are experiencing problems describing the Safemate concept to someone who hasn't heard of it, with just one image. The closest we are to a picture that describes how Safemate works, is the uploaded "HD freeze safemate.png", which can be viewed in animation on https://www.safemate.no/slik-virker-det/ .

This contest is about re-drawing "HD freeze safemate.png".

The problems with this image are a number of things:

- not consistent with the color palette of Safemate logo and the look and feel found on our web site, http://www.safemate.no. It doesn't necessarily have to be that, but you should make some qualified choices about color palette. As it is now, there are too many different colors and to generally too much noise.
- generally too rough and not as pleasing to the eye as we would want.
- too cartoonish. This is a security product and should be portrayed with a slightly higher degree of seriousness. This applies especially to the hand holding the Safemate.
- As the viewer of this poster/image, one cannot see what the alarm recipients are seeing. The three alarm recipients who are watching a screen are actually watching a (Google) map containing the position of the person wearing/carrying the Safemate. This should be shown in your re-designed image somehow. (The reason why they are watching a map is that they have received an SMS indicating that the Safemate carrier has pushed the button, presumably because of some kind of perceived danger).
- Get rid of the four red multi-circles. Or at least alter it. It doesn't work when presented on a (still) image, it just adds to the noise.

There are positive things that should be taken away from "HD freeze safemate.png" too:

- We want to show the Earth's horizon and show at least one GPS satellite orbiting earth, possibly with communication signals downward.
- A hand should hold the Safemate with the thumb on the alarm button.
- The alarm button should be illuminated in red, as it is when the alarm is triggered.
- Arrows, or some sort of communication lines - possibly with the SOS morse code contained within them - should extend from the Safemate and toward four alarm recipients. Maybe portray more information clarifying that there is an SMS containing position data being sent (Exact message: "Safemate alarm from <SAFEMATE_NAME>. Call was answered by <WHOEVER_PERSON_ANSWERED_IN_THIS_CASE_GRANDMA> (<PHONENO_GRANDMA>), position: https://www.safemate.no/kundeweb/ma…a5aa12341".
- Of the four alarm recipients, 1 should speak in his/her mobile phone, one should be next to a computer of some kind, one should read from his/her mobile phone and the final one should view a tablet (e.g. iPad).
- It is a good thing that there is a mixture of recipient age and gender. Maintain two women and two men, and one grandma.
- It is preferable that the Safemate carrier is outside, and not inside a building. This is because GPS positioning is more precise than GSM triangulation (which would be employed if GPS reception is poor. A use case scenario could be that grandma has tripped over in the park and needs some help.

The refined concept drawing you are about to design will be used both on print and on the web.

I have added "konseptskisse.jpg" and "konseptskisse2.jpg" for inspiration. Those are to be considered as what they are - sketchy drawings. However, elements may be picked from them.

3 Cartoonish Halloween Costume Illustrations (RUSH!)
349 $
The average enterprise has 40 million security vulnerabilities--weak spots in their networks and on their devices that c
35
entries
21
Designer
IT Security Log Design
$ 899
Penetration Testing and IT Security Consulting
239
entries
79
Designer
Private Investigations and K-9 Detection
US$ 299
This is a private investigation business. We provide investigative services for personal and private businesses. We al
13
entries
4
designers
I am young entrepreneur that would like to open a Worldwide luxury security company. I would an unusual and unforgetta
€ 269
It’s a luxurious security company , That have agents for shops , offices... The logo will be on suits , jackets ... I
67
entries
24
designers
Illustrate people's amazed reaction to our app
£ 279
BRAND SpyLock is a cool, slightly dorky security app that will amaze friends and family while keeping apps locked and p
87
entries
22
designers
New modern logo for data destruction company
429 $
We are a locally owned and operated document and media shredding company serving B2B and B2C clients.
187
entries
23
Designer