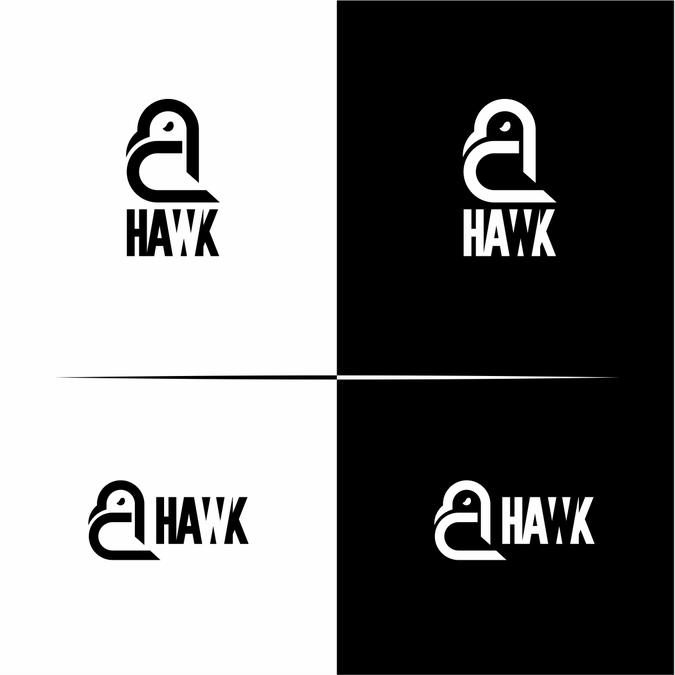 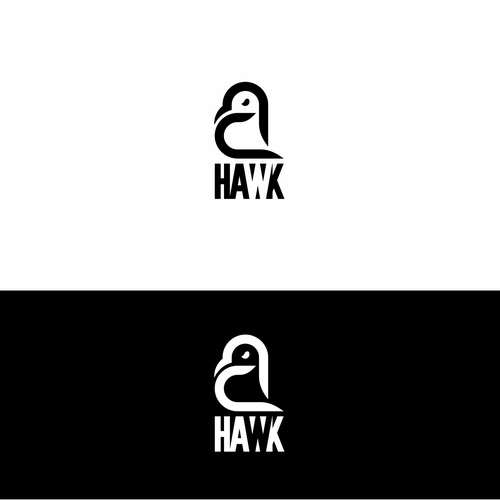 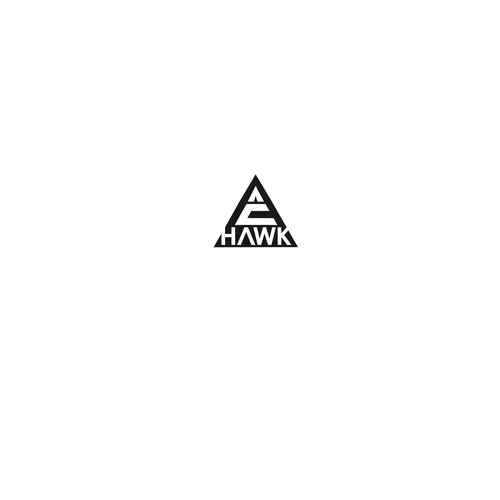 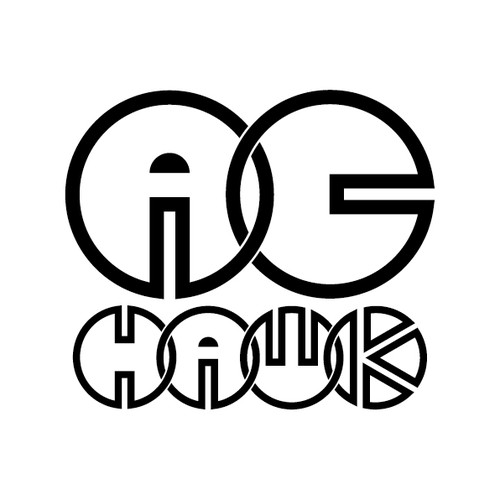 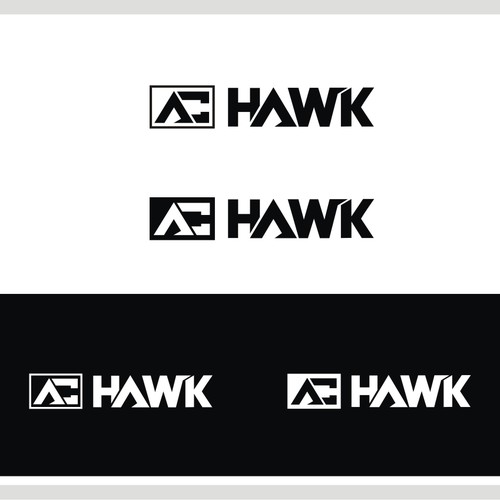 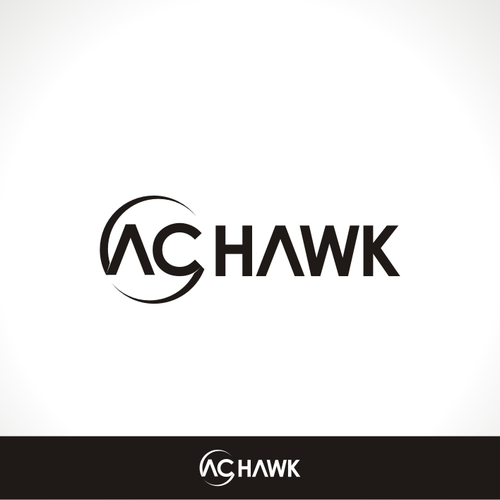 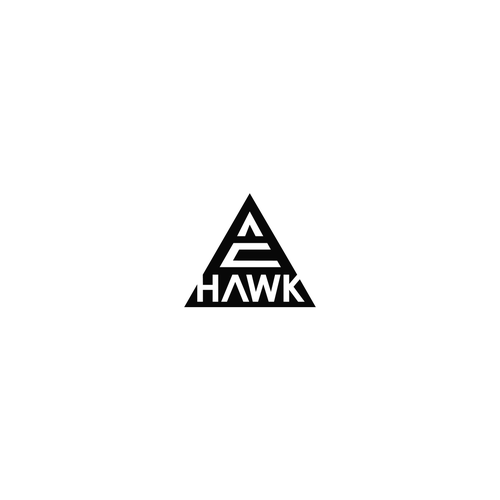 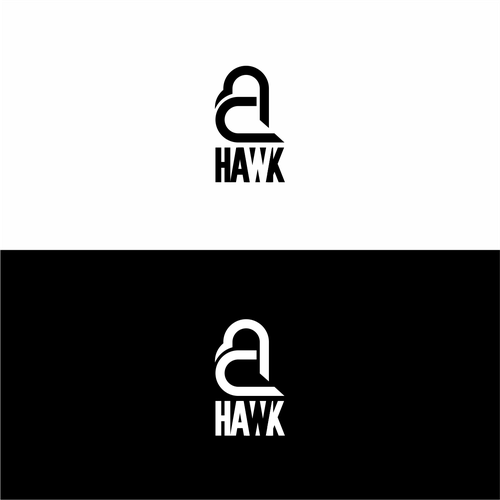 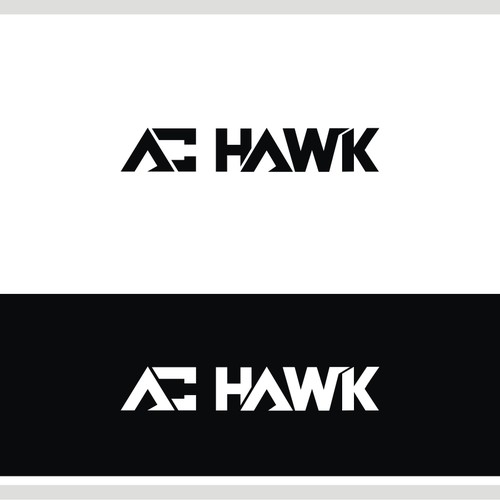 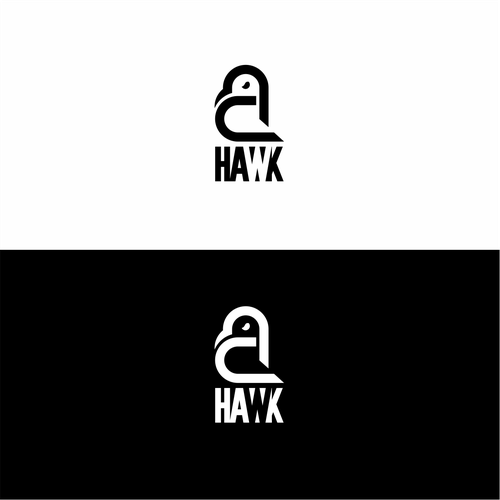 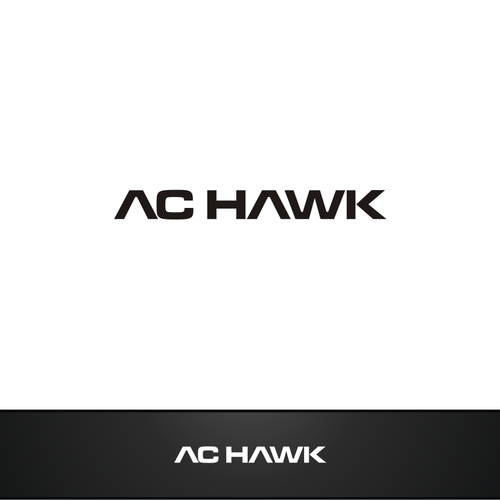 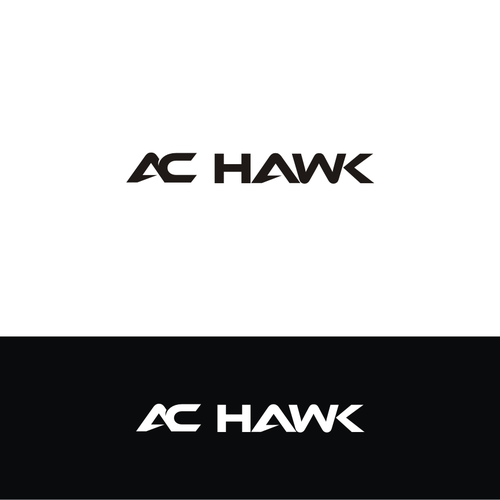 I need a logo for my commercial photography business.

Looking for a standalone logo that can be eventually placed on to business cards and watermarking on images. I would like it to be relatively minimal without too much flair. In fact, it should be pretty ‘commercial’ and straight to business feeling..but with an edge to it. Bold, but not too much in-your-face.

Although I specialize in sports portraiture and commercial photography, I don’t think there should be a need for sports theme at all. That goes the same with camera icons incorporated into the logo – if it’s something subtle then maybe I’ll like it. Otherwise, keeping it simple to my brand would be best.

No ‘handwriting’ or script type font.

The AC is capitalized. There should be some sort of separation between AC and HAWK.
The HAWK should be capitalized but I’m game to see it in other forms. All of it is a part of my name.

If there is a ‘hawk’ image incorporated into it – I would think that a simple silhouette or inverse image would work better than anything with too much detail onto it.

Also thinking that the image would be able to fit in a square or a portrait oriented rectangular shape. – not too tall though.

Icons that I seem to drawn towards include: DC shoes, RVCA, United Nude, MoMA,

Would also need as a file version with a transparent background so I can paste it onto images via Photoshop. Bonus if image works well when opacity is lowered down a bit for image watermarking.

I’m thinking of simple black and white or use of grayscale colour scheme. IF there is an accent colour – I would pick something bright like orange but used very sparingly.

I look forward to seeing some wicked designs.

Inizia subito
Solitary Wolf Photography
299 $
Nature and Landscape Photography
123
entries
30
Designer
I want a logo for my drone services. We take photos and videos using drones. Be Creative:)
USD 299
We provide drone photography and videography for real estate and other businesses throughout Arizona.
39
entries
16
designer
Modernize logo for aerial photography service
CA$ 669
We are an aerial photography services company working with governments, engineering companies, and commercial real estat
673
entries
93
Designer
Logo for Caryn B. Davis Photography & Travel Writer
299 $US
I am an architectural photographer & a travel writer/photographer. But what I am selling is Caryn B. Davis. I need a log
68
entries
27
designer graphistes
Imagine a deep logo for a photographic storyteller
USD 299
I'm a startup freelance photographer serving non-profits and small, local business. My background is in non-profit work
248
entries
52
diseñadores
DESIGN A POWERFUL AND CATCHY LOGO FOR 3D TOUR COMPANY
AU$ 399
Focus3d creates virtual tours of buildings via the use of 3d cameras and highly accurate laser scanners. We aim our ser
155
entries
29
designers