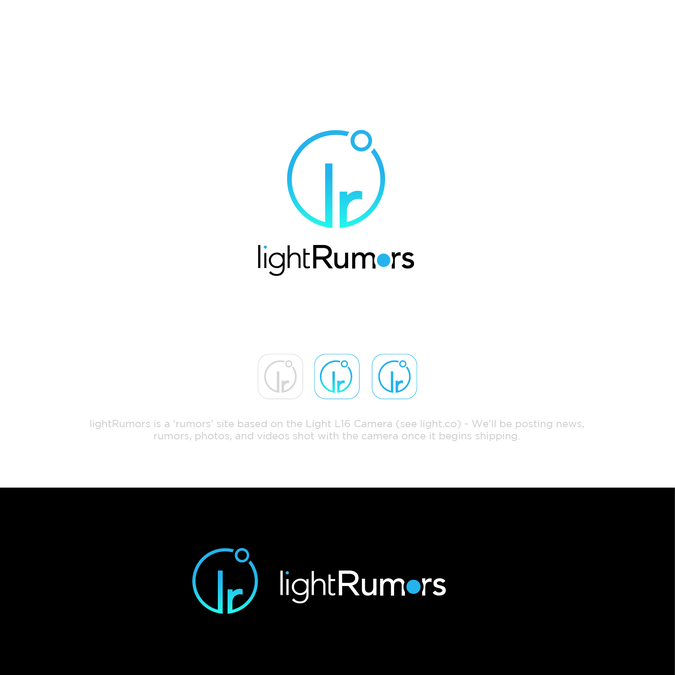 Light up my site with an eye grabbing logo 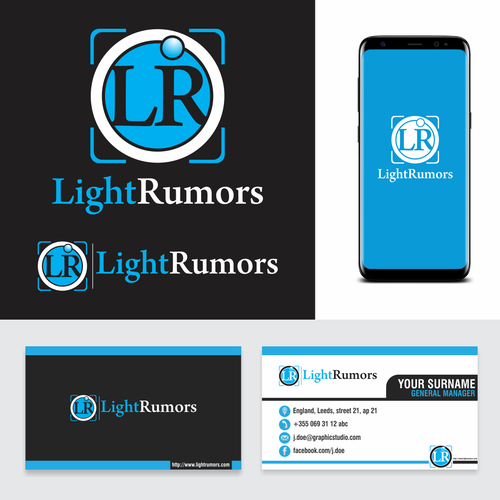 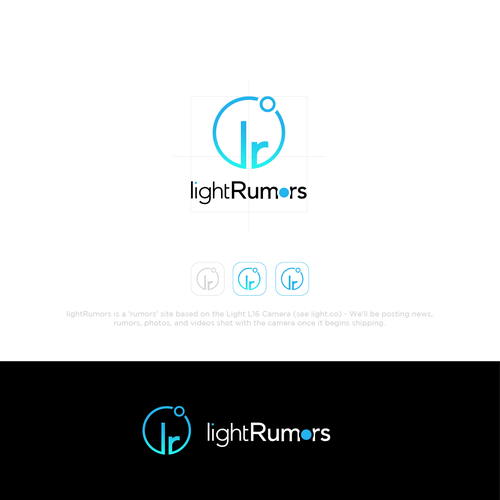 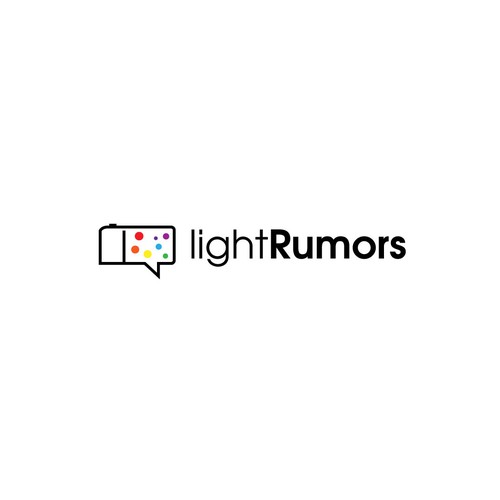 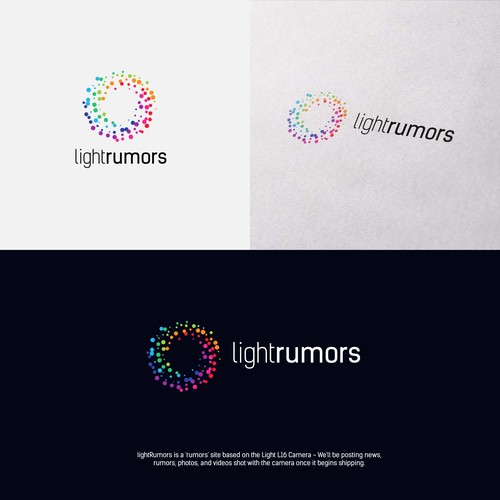 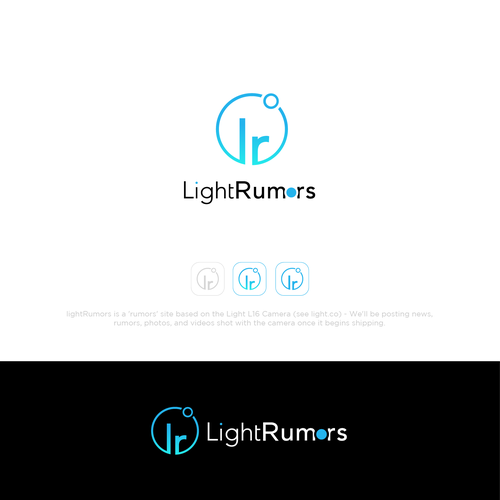 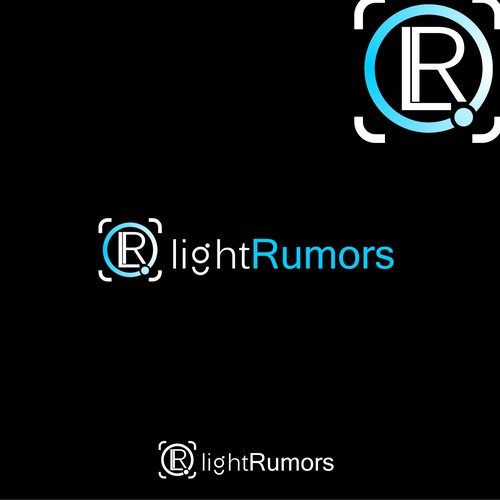 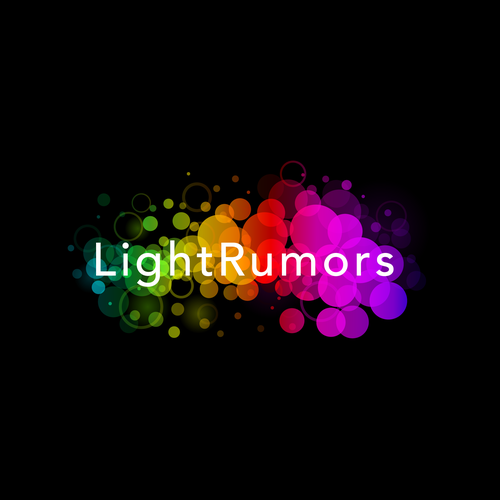 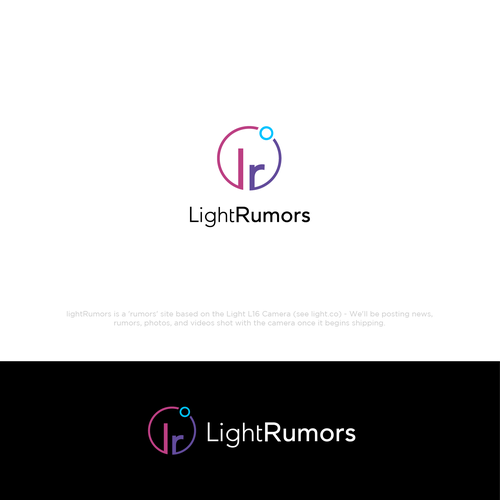 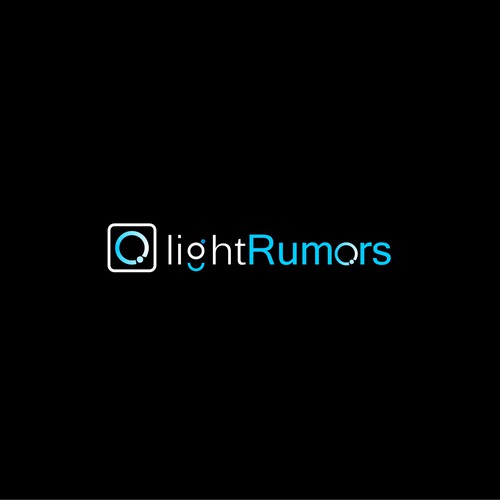 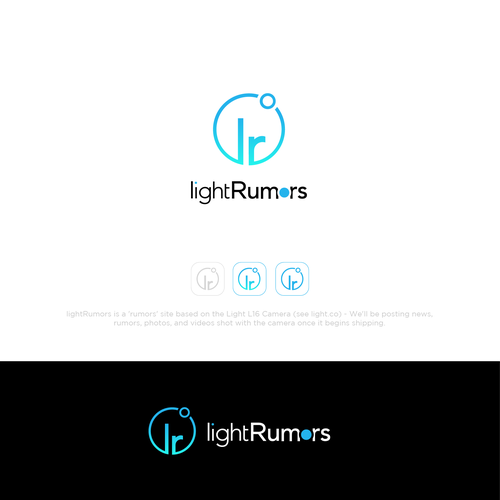 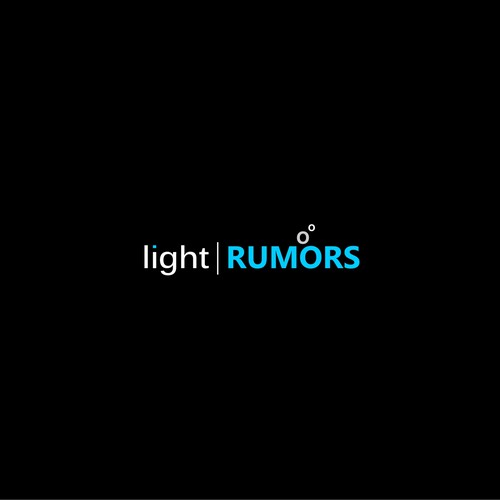 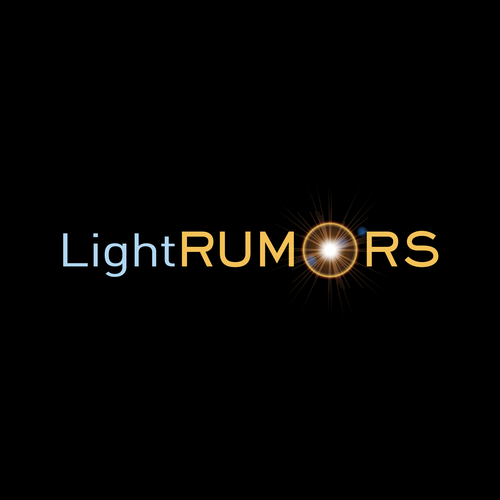 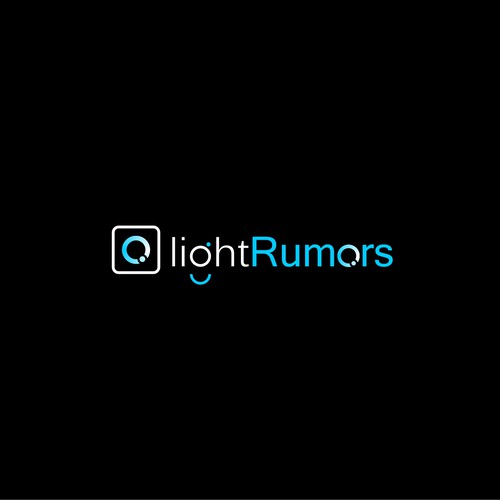 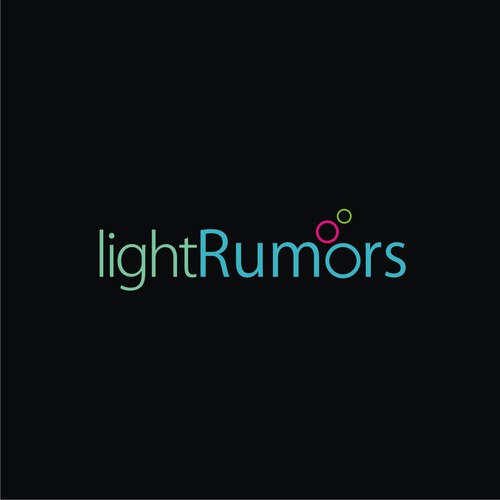 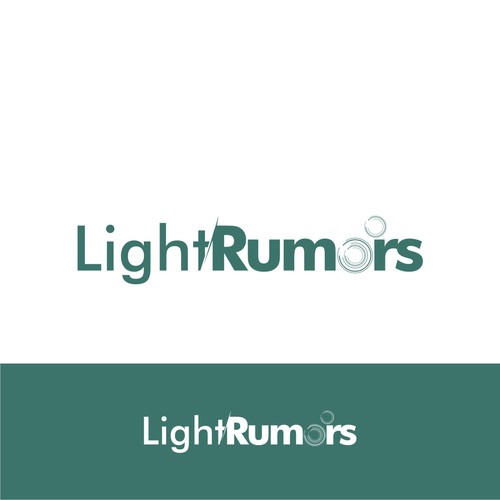 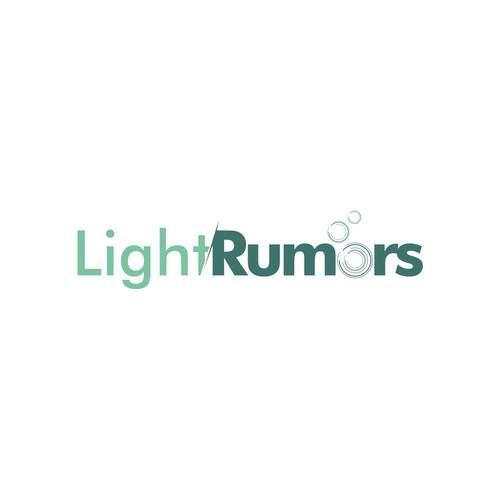 lightRumors is a 'rumors' site based on the Light L16 Camera (see light.co) - We'll be posting news, rumors, photos, and videos shot with the camera once it begins shipping.

I'm thinking of a simple logo like the logo used on the site light.co - they're producing a camera that has 16 sensors/lenses and looks much like a smartphone. I would prefer not to have a logo that looks like a smartphone or the product please.

Their logo is simple in that they've taken the idea of multiple circular lenses and made the "g" signify 2 of the lenses without over complicating things.

NOTE 2: This camera is ground breaking and totally NOT traditional. Typical camera shapes (like the aperture blades and DSLR body shapes) will probably NOT be accepted. Think outside the box please. There is also a capability of choosing what is in focus in the image and what isn't... anyone brave enough to make some of the logo blurry?

I have put together a basic throw away logo - you can see it on my lightrumors.co - I was just getting something to have as a logo.

NOTE: please do NOT include traditional camera aperture blades (diaphragm) (like I used in my throw away logo) - this camera will NOT have aperture blades in its design so I don't think it would be appropriate to include that in the logo design.

I'm also not liking logos that are all UPPERCASE - someone noted that all upper case almost has TRUMP in the middle and I do NOT want that :) But really, all upper case isn't going to cut it. Things like lightRUMORS might be ok but I'll have to see.

Design a sports style logo for a sports media company!
USD 499
Sports Media Company specializing in high school / middle school sports team photography. We also do sports video produ
86
entries
27
designer
Ocean/wilderness themed logo for a photography gallery
399 $CA
Waterlogue is the name of a photo gallery located in a small town on the west coast of Canada. The main audience for pho
95
entries
33
designer graphistes
We want a logo for a one of a kind media company for photos and videos
299 $US
My brand is a media company geared towards creative portraits and storied video coverage. I want something that mirrors
158
entries
52
designer graphistes
I want a logo for my drone services. We take photos and videos using drones. Be Creative:)
299 $US
We provide drone photography and videography for real estate and other businesses throughout Arizona.
39
entries
16
designer graphistes
A logo for a classy/sophisticated yet family-friendly 'real life' photography business
299 USD
I am a Documentary Family Photographer, so I capture real-life moments between family members in a documentary or photoj
287
entries
39
designer
Modernize logo for aerial photography service
669 CA$
We are an aerial photography services company working with governments, engineering companies, and commercial real estat
673
entries
93
designer

Inizia subito
Imagine a deep logo for a photographic storyteller
US$299
I'm a startup freelance photographer serving non-profits and small, local business. My background is in non-profit work
248
entries
52
diseñadores
Photographer Logo Design
US$299
I am street photographer. I take a mixture of portraits and landscapes and try to include an element humor whenever I c
202
entries
44
diseñadores
Need logo for a BIRTH and MOTHERHOOD agency.
CA$ 399
Swell is an agency that represents birth and motherhood photographers and videographers. We then sell artists work to co
154
entries
43
designer
Triple Effect
AU$ 399
We create video for people building a personal brand. We film, edit and publish video content as well as look after the
329
entries
93
designers
Elegantes Logo für meine Selbstverwirklichung
CHF 374
Ich fotografiere (Natur/Dinge/Muster) und möchte nun ein elegantes Logo für meine website.
364
entries
78
designers
Design Luxury/ Vintage Logo for Cinema Studio
299 US$
Cinema and Photography studio based traveling worldwide for events. Logo should be look vintage and highend luxury (like
216
entries
40
designers