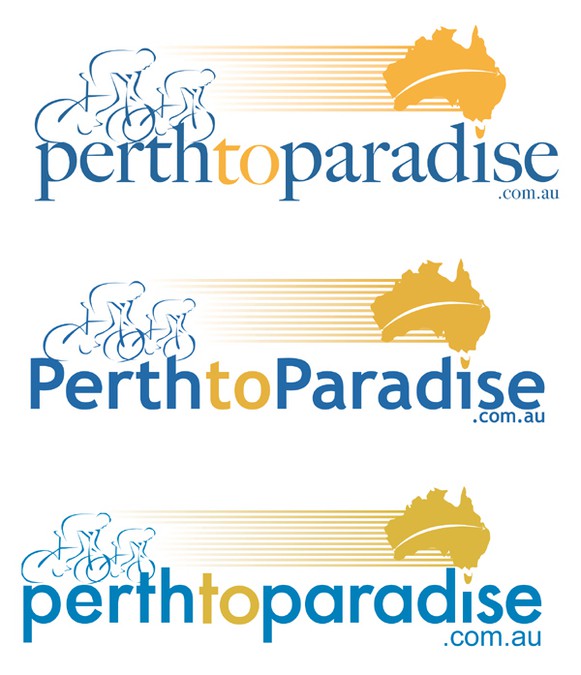 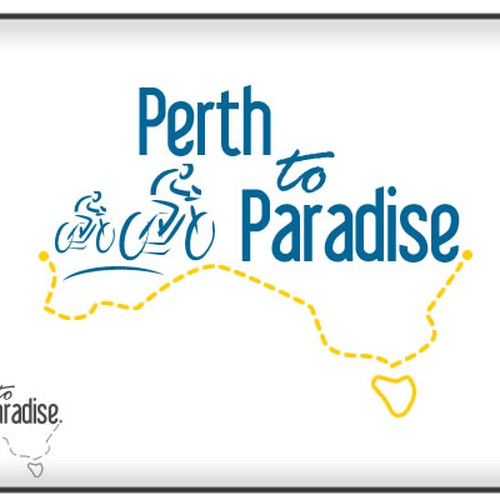 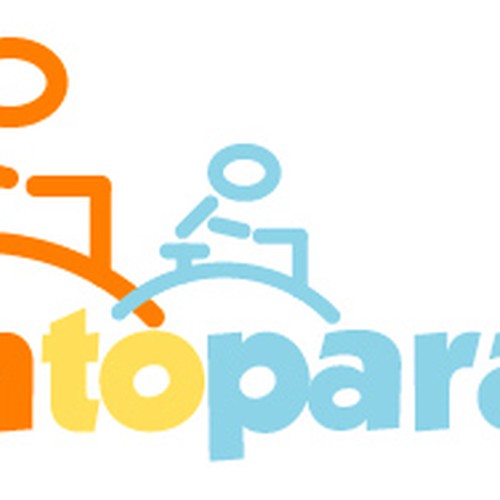 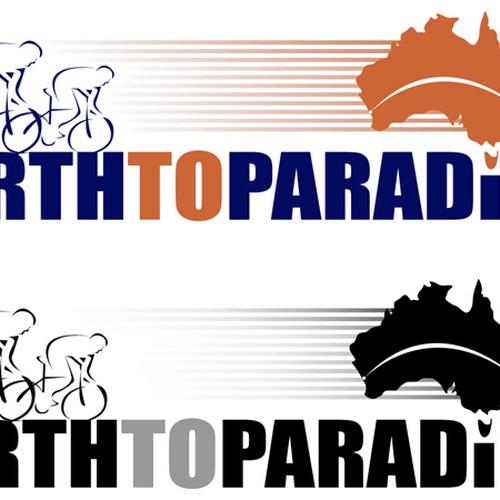 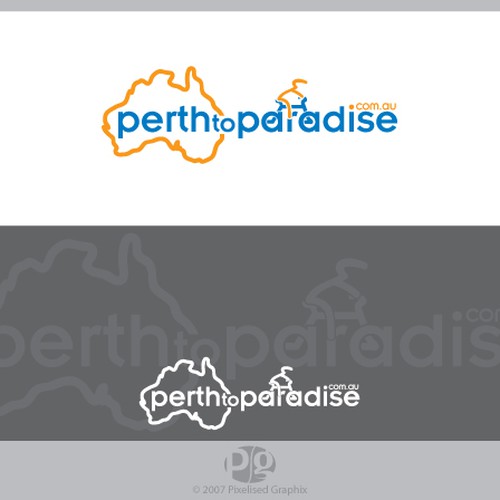 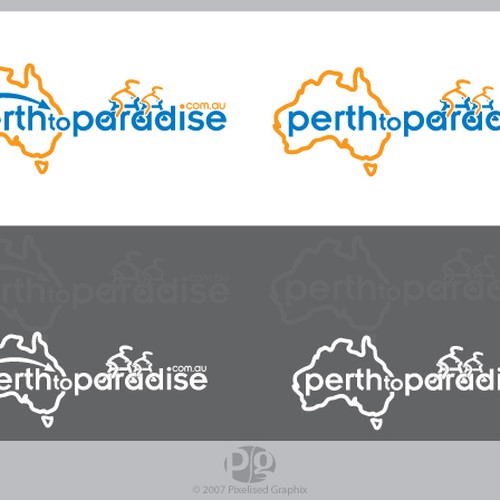 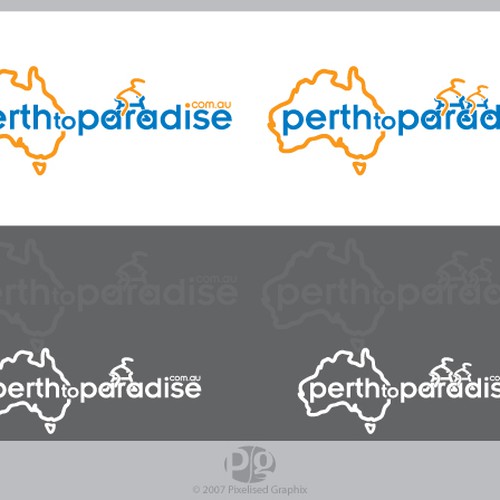 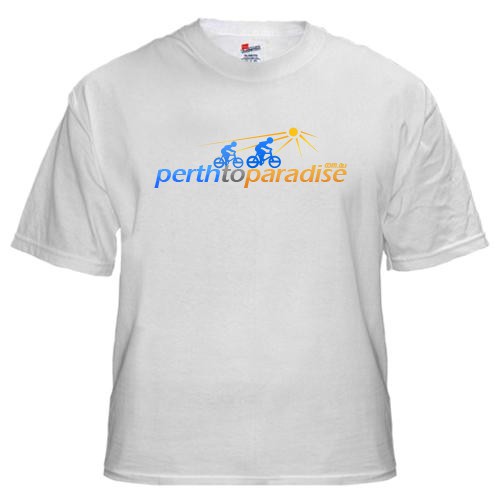 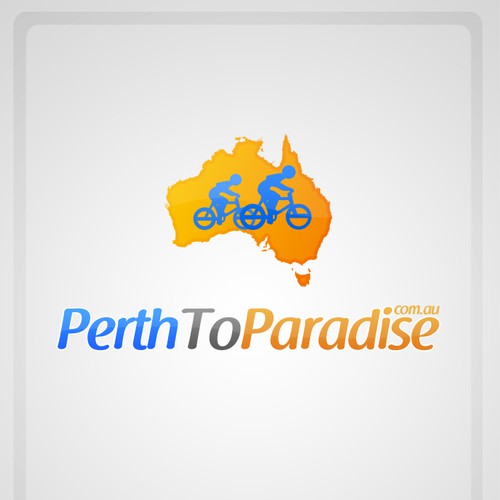 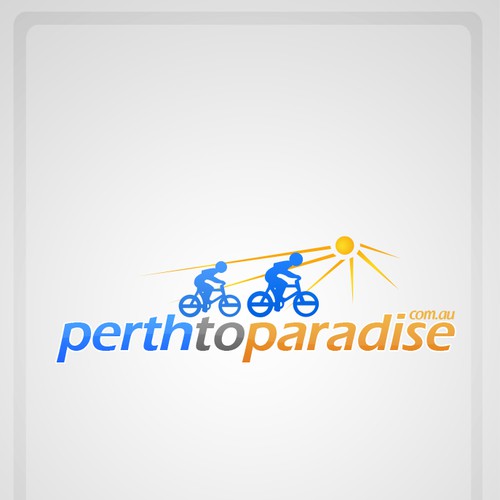 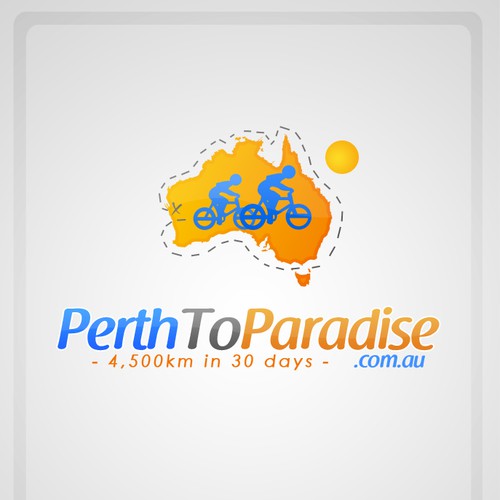 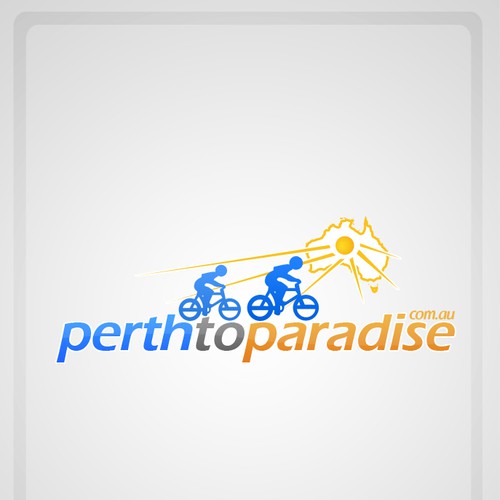 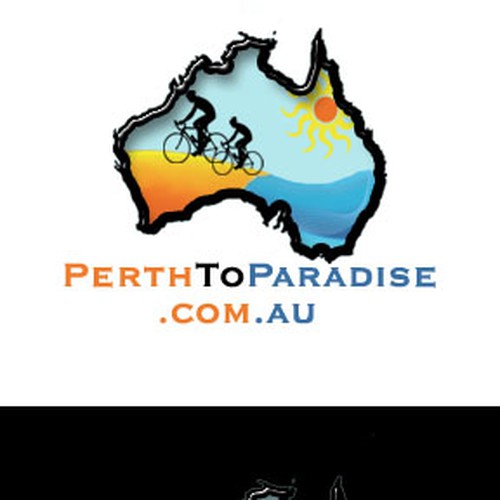 As a charity event, a father and son will be riding their bicycles across Australia. The Perth To Paradise website will serve to promote this ride, and try to attract media exposure.

A guy and his 15 yo son will be riding their bicycles across Australia. This is a distance of roughly 4,500 kilometers, or 2,796 miles. They are planning to do this in 30 days.

The ride will be to raise money for nominated charities within Australia. They will start in Perth (on the western coastline) and finish up in Surfers Paradise (on the eastern coastline).

We'll be building a website, http://www.PerthToParadise.com.au to promote this ride.

Step one, is the logo. This logo will be used on the website, and eventually on stationary/media releases, and hopefully merchandise (jerseys, t-shirts, caps and stickers).

We're looking for something blue/orange or blue/yellow. The idea is a contrast between the oceans, and the desert (where most of the ride will take place). The ride will go from water, through deserts and cities and will end by the Pacific Ocean.

Ideally the logo will represent this to some degree. We're looking for something 'modern and fresh'. One idea might be to include Australian imagary (flag, or iconic country outline) and a bicyle.

For an idea of the ride, please see:
http://en.wikipedia.org/wiki/Austra…erritories
Note Perth on the lower west coast. Surfers Paradise is on the eastern coastline near Brisbane.

Logo Design For Influencer Monetization App
299 USD
Stacks is a mobile app for social media "influencers" and account owners to connect with advertisers and promote campaig
111
entries
39
designer
Software development company needs a powerful logo
299 US$
Software. Web & mobile app development. Internet of Things.
181
entries
39
diseñadores
Create a new logo for my new Real Estate business
US$ 299
New real estate company, this logo will be used for lawn signs and overall branding.
149
entries
25
designers
Besties!!! It's a dog leash for two !!!
299 USD
Besties is a dog leash that clips two dogs together allowing them to work as a team. It has clips to attach to collars o
64
entries
30
designer
Create a simple, clean logo for a personal training business.
US$ 299
We help people who have been doing CrossFit in a group setting for 2+ years get out of pain through individualized corre
236
entries
68
designers
Messenger chatbot agency needs a fun, innovative logo
299 $
We are a messenger chatbot marketing agency selling bots to businesses, as well as white labeling services for other mar
70
entries
18
Designer

Inizia subito
CBD skin care company needs a powerful first impression logo
US$ 299
Skin care butter with Certified Broad Spectrum CBD for anti aging, pain relief and skin conditions for both men and wome
325
entries
88
designers
Design a logo for a modern/geeky IT-company
299 $
NTHX is a small IT-consultant/contractor agency in Stockholm that is trying to employ slightly more introverted/geekier/
26
entries
9
Designer
Children’s fun
299 $US
It’s going to be an indoor playground in Los Ángeles. Melrose ave. Hopefully. This Avenue is very cool with barbers sho
171
entries
65
designer graphistes
Logo Demapp - Removals app
EUR 269
Demapp is a removal app for customers and moving companies It's like airbnb or uber, someone rent a service But in our c
168
entries
27
Designer
Masculine, geometric, industrial logo needed for JLES
US$299
Independent contractor in the oil and gas industry. We provide a service on the field, monitoring oil production for oil
100
entries
18
diseñadores
Designing a Logo for a leading odor blocking chemical that is 100 percent green
$299
We eliminate odor through a chemical process. It is 100 percent green and biodegradable. We work with municipalities, sm
17
entries
7
デザイナー数