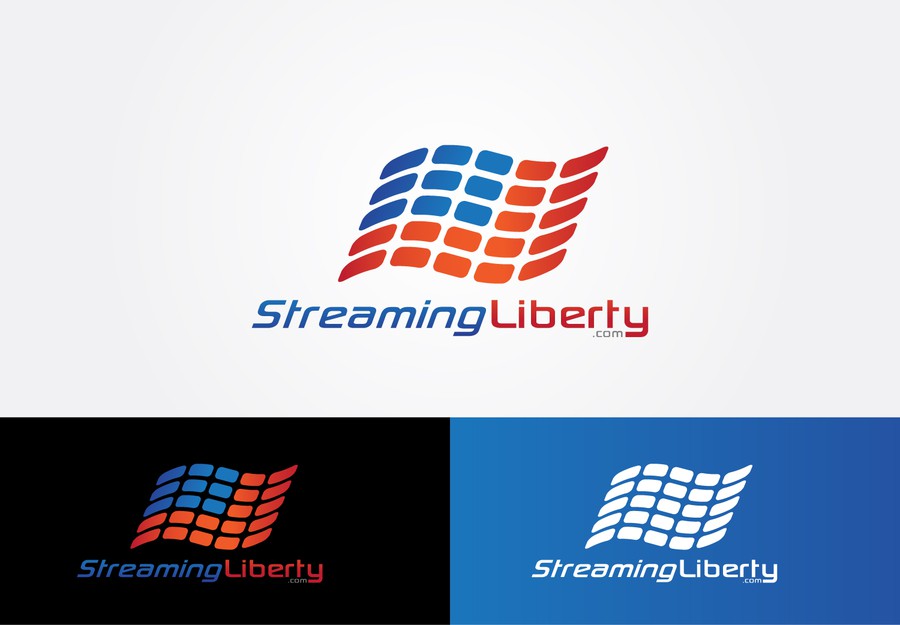 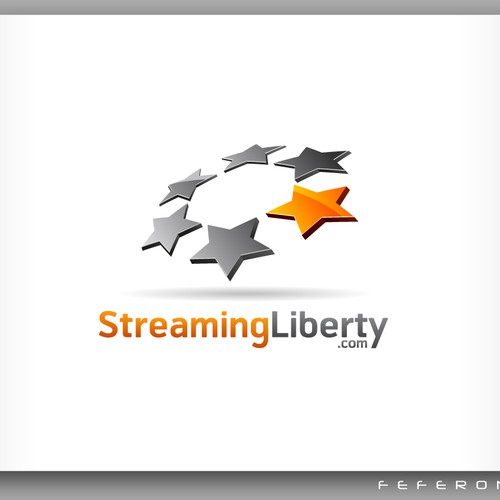 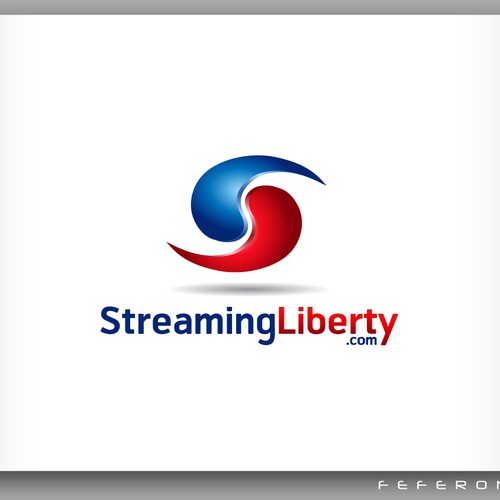 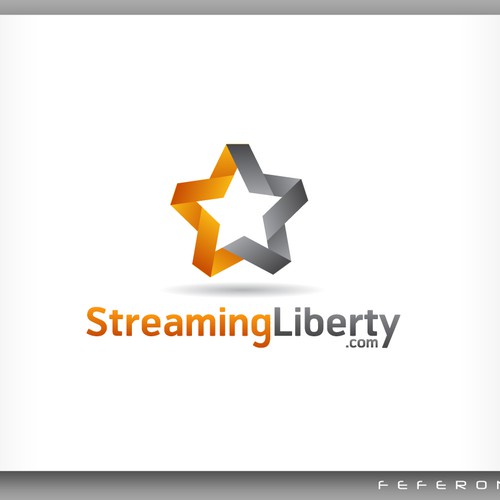 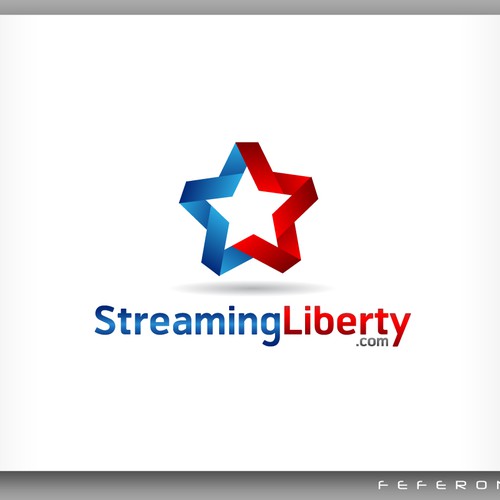 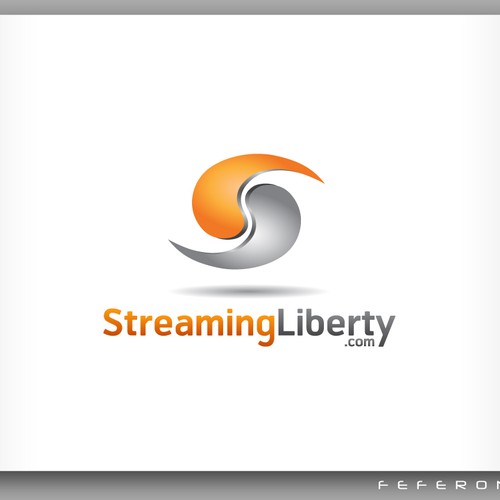 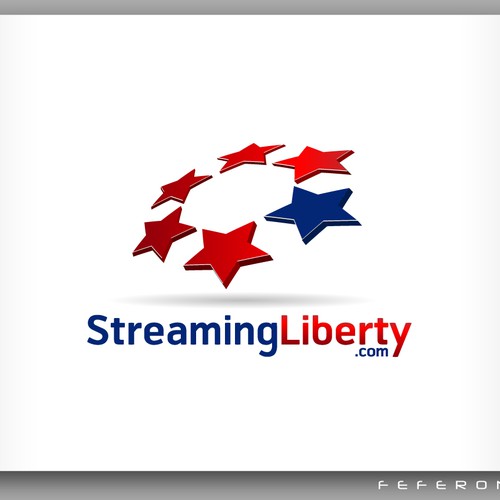 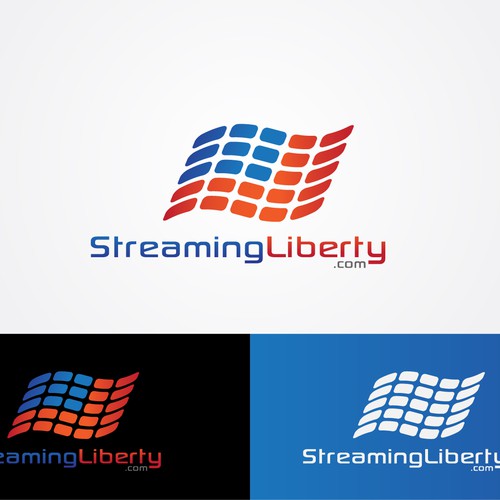 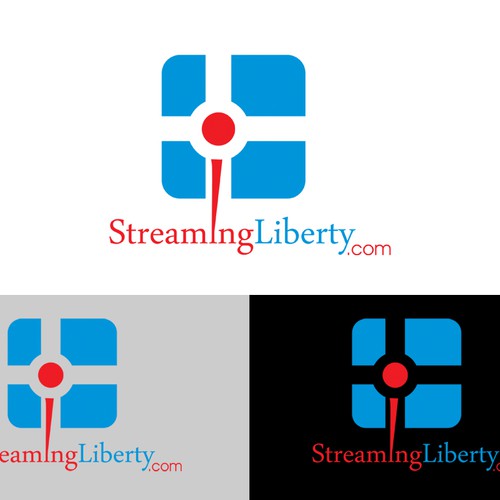 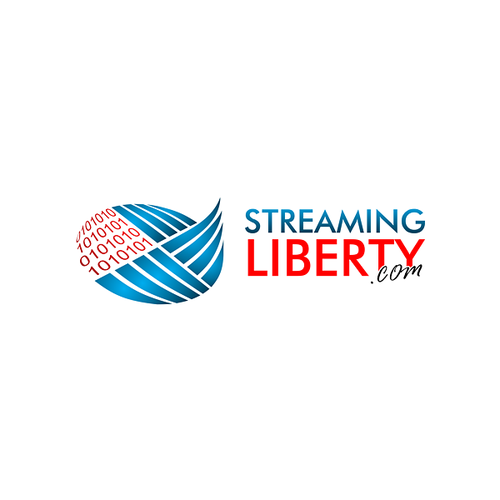 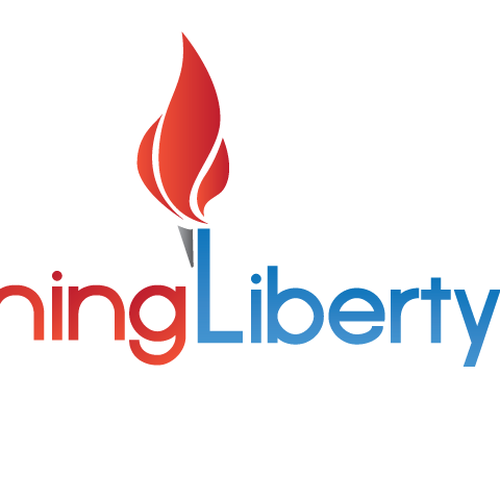 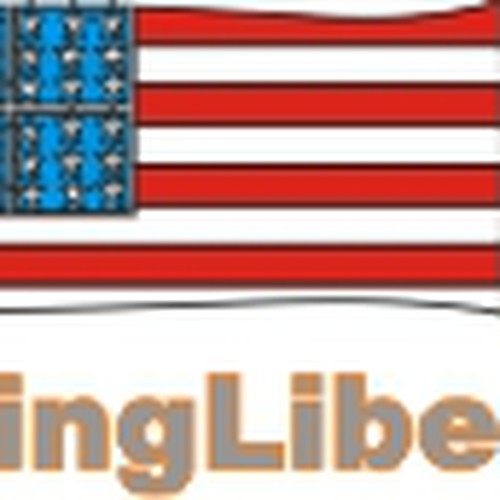 We promote individual liberty over collectivism by distilling the attributes of each and identifying these attributes in daily news events. We utilize short web videos and social media to convey these ideas.

The term "streaming" in StreamingLiberty alludes to the streaming of video, which is one way we convey the ideas of liberty. I'm interested in two concepts as described below:

1) The first concept could build on our current logo which has 1's and 0's streaming through as a flag (see uploaded file named "StreamingLiberty square logo") . I like this concept but, because of the smallness/thinness of the digits, I think it has a weak appearance. The font is Bradley Hand ITC. Improvements on the existing concept would use red/white/blue, but make it stronger and bolder (e.g. fewer, bolder numbers or possibly use small blocks to represent the streaming data rather than numbers). The file "American flag shape.jpg" shows a flag tilted to the right which conveys strength. I've also uploaded some files that show digits streaming.

2) The second concept could use our website colors of grey, orange and light blue (streamingliberty.com). I could not find any good grey/orange/blue logos I liked, so I uploaded a few pictures of a jacket and shoes with those colors that I thought looked cool. The streaming numbers/small blocks approach could be used with this color combination too, but new approaches would be welcome as well.

For both concepts, I'd like a simple, strong logo with white background. I'd like the graphic to dominate and be able to stand alone, but I would also like "StreamingLiberty.com" included (as opposed to the logo being just the graphic)

Inizia subito
Chess Political campaign Logo
€359
Political campaign for french chess ferederation. No Eiffel tower or french flags. Chess Pieces are fine. Orange slightl
165
entries
40
デザイナー数
Help a politician be more transparent and accountable to the people
US$ 1.499
This is a website dedicated to informing people about Denver City Council's 10th District. It has information about the
101
entries
22
designers
Local political fundraiser invitation
199 $US
Political
14
entries
6
designer graphistes
Create a brand for Australia Worldwide - the voice of Australians globally
899 $US
Australia Worldwide is a political movement. Our goal will be to ensure prosperity for future generations of Australians
201
entries
54
designer graphistes
UCAP Logo
599 $US
We are a LOBBY group representing the needs of for-profit agencies who provide in-home healthcare services to intellectu
93
entries
20
designer graphistes
Sophisticated '2A' logo for common sense gun laws
299 $US
Our target audience is supporters of the 2nd amendment.
19
entries
4
designer graphistes