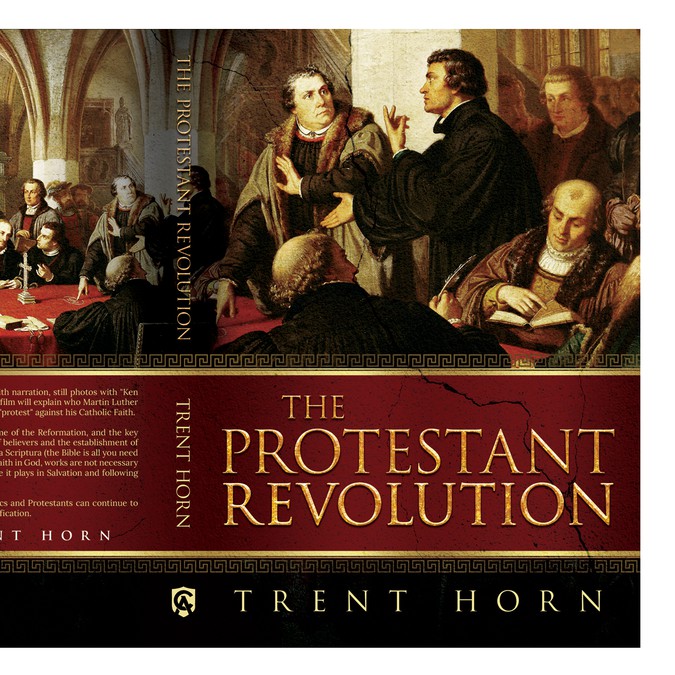 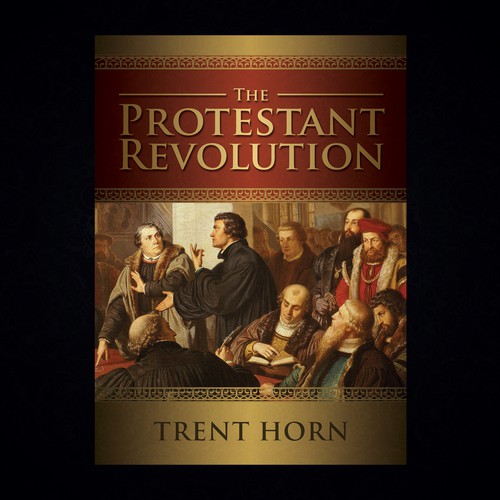 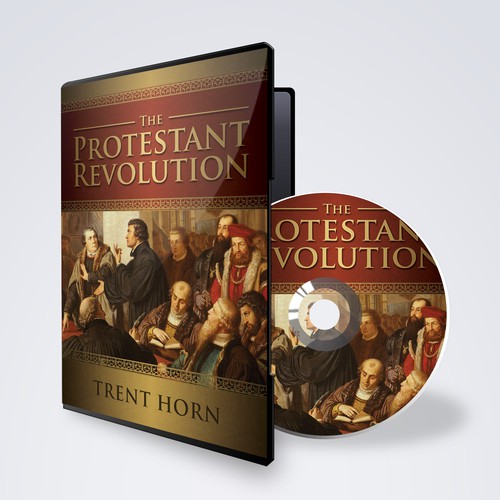 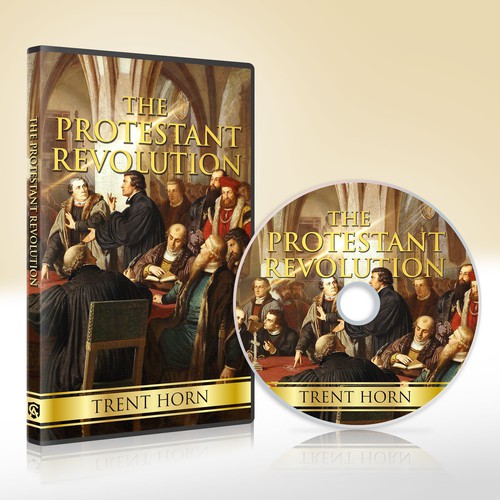 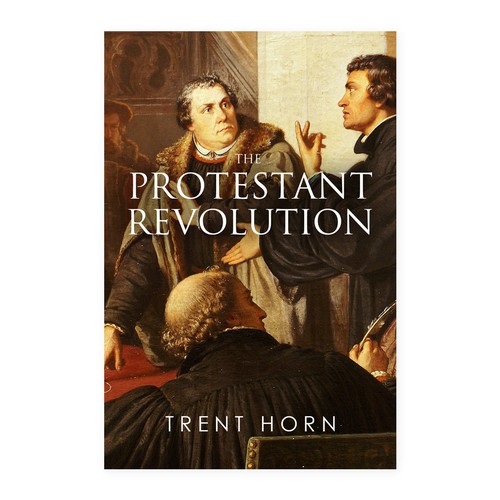 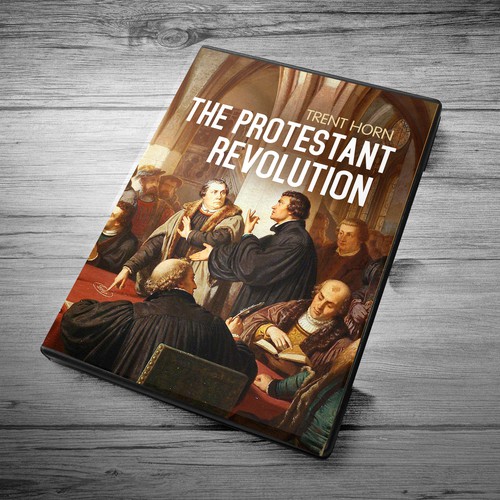 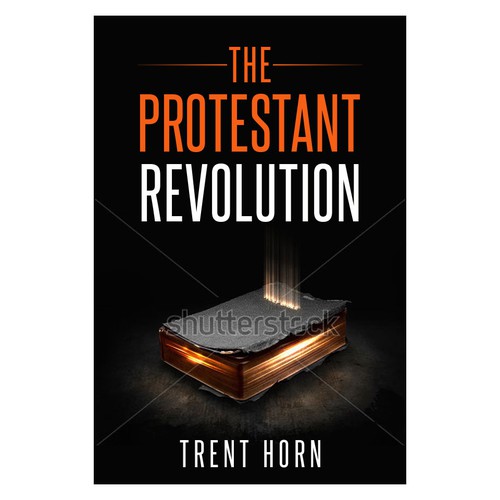 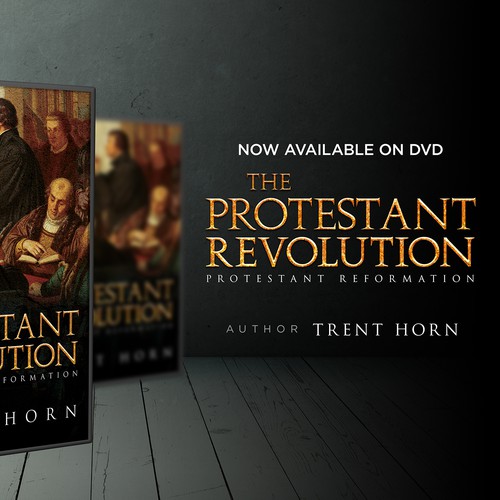 We are a Catholic apologetics organization that is committed to explaining and defending the Catholic faith. Our audience enjoys our popular radio show, website and forums, magazine, books, CDs, and videos, through which we share the Faith across the country and the world.

We are looking for a cover design for an upcoming DVD product. It is a 1 hour documentary style film about the initial events of the Protestant Reformation. The target audience for this product is Catholic Answers' core customer, which is made up of people who love and practice their Catholic Faith and have a desire to learn more about their Faith so that they are better equipped to share it with friends, family members, co-workers and society. The cover should catch the eye of both the young and adult age. It is for families, teachers, activists, and the more.
Our brand maintains a respected status recognized by our audience. Even those who oppose our views appreciate our respectful approach to dialogue and our defense of the Catholic faith.

This October marks the 500th anniversary of the beginning of the Protestant Reformation when Martin Luther nailed a list of grievances he had with the Catholic church (commonly called "The 95 Theses") to the door of All Saints church in Wittenberg, Germany.
Our film is titled "The Protestant Revolution." It is a documentary style film with narration, still photos with "Ken Burns" effects, and interviews with Catholic theologians.
The film will explain who Martin Luther was and the events which shaped his thinking and led him to "protest" against his Catholic Faith.
The film will investigate commonly held myths about the time of the Reformation, and the key ideas espoused by Luther which shaped the breaking away of believers and the establishment of non-Catholic Christian religions; specifically, the ideas of: Sola Scriptura (the Bible is all you need to believe in God and follow Christ); Sola Fide (all you need is Faith in God, works are not necessary for salvation); and the different ideas of tradition and the role it plays in Salvation and following Christ.
The film concludes by discussing different ways that Catholics and Protestants can continue to dialogue about what seperates us and forge ways towards unification.

The DVD cover has a few requirements, and we have several ideas for possible creative directions:

The title and the name of the author should appear both on the front and backcover.

Visual design is pretty open-ended. Go to shop.catholic.com and take a look at the DVD products there to get a sense of what our brand and style are like. This should have a similar look and feel to our other DVD products.

We have a few concept ideas to begin your inspiration:

Key terms for this product to use for inspiration are:

Concept Idea #1 I have attached two images that I like. Feel free to crop, zoom, manipulate photo to come up with a unique creative perspective of the product and subject matter. Open to other images to be used. We have an account with Adobe Stock, if you find an image you like there, but are open to purchaseing from another stock site.

We are open to any concept you may be inspired to create.
*IMPORTANT*
This is a DVD product, so the dimensions are important. I have attached the template file for you to work with. Keep in mind, what we want is a front cover. The spine and back cover will be created by you in a later phase of the process once the front cover is finalized and locked down.
We expect to go through a few rounds of revisions once a concept direction is selected. We look forward to seeing what you come up with!

Inizia subito
F&M Rugby Strenght & Conditiong
US$ 299
We are a college rugby team looking to put together a strength & conditions booklet
56
entries
7
designers
Help Christian married couples have better marriages that are more Christ centered
299 US$
Teaching married couples how to better live in a Christ centered marriage.
114
entries
12
designers
Church of the Void - help start a new religion!
429 USD
**this is not a christian chuch. Please do not include crosses.** We are a congregation that is promoting the practice
84
entries
13
designer
A new spin on the proven, but tired, fund raising thermometer
$299
We are a multi-generational church located in Mount Pleasant, South Carolina. Within our church we have several ministri
102
entries
9
diseñadores
In need of an awesome Book/ebook design for self help book/manual to treat yourself at home
299 US$
Target audience. Women 30-45 with children. Our goal is to empower people to eat/exercise/move/stimulate to keep their
99
entries
19
designers
Fast Growing Church Needing Modern Logo
US$ 299
We are a fast-growing church looking for a new and updated logo. Our current logo does not resemble that we are a church
74
entries
18
designers
Maggiori informazioni sul design di libro o rivista
Scopri come funziona